It was spring 2015 when finally, after 15 years of opportunities not taken and false starts into the 356 world, I made the decision to get serious about searching for my first 356. After spending that summer scouring the internet researching as much as I could, 221813 presented herself in my own backyard, Marina Del Rey, CA.
‍
She was rust free, complete and more importantly, running. Having done vintage Volkswagen bus restorations since the age of 16, I knew jumping into this type of car I needed a good driver that I could enjoy, not a complete rust bucket that needed saving. Not just yet... 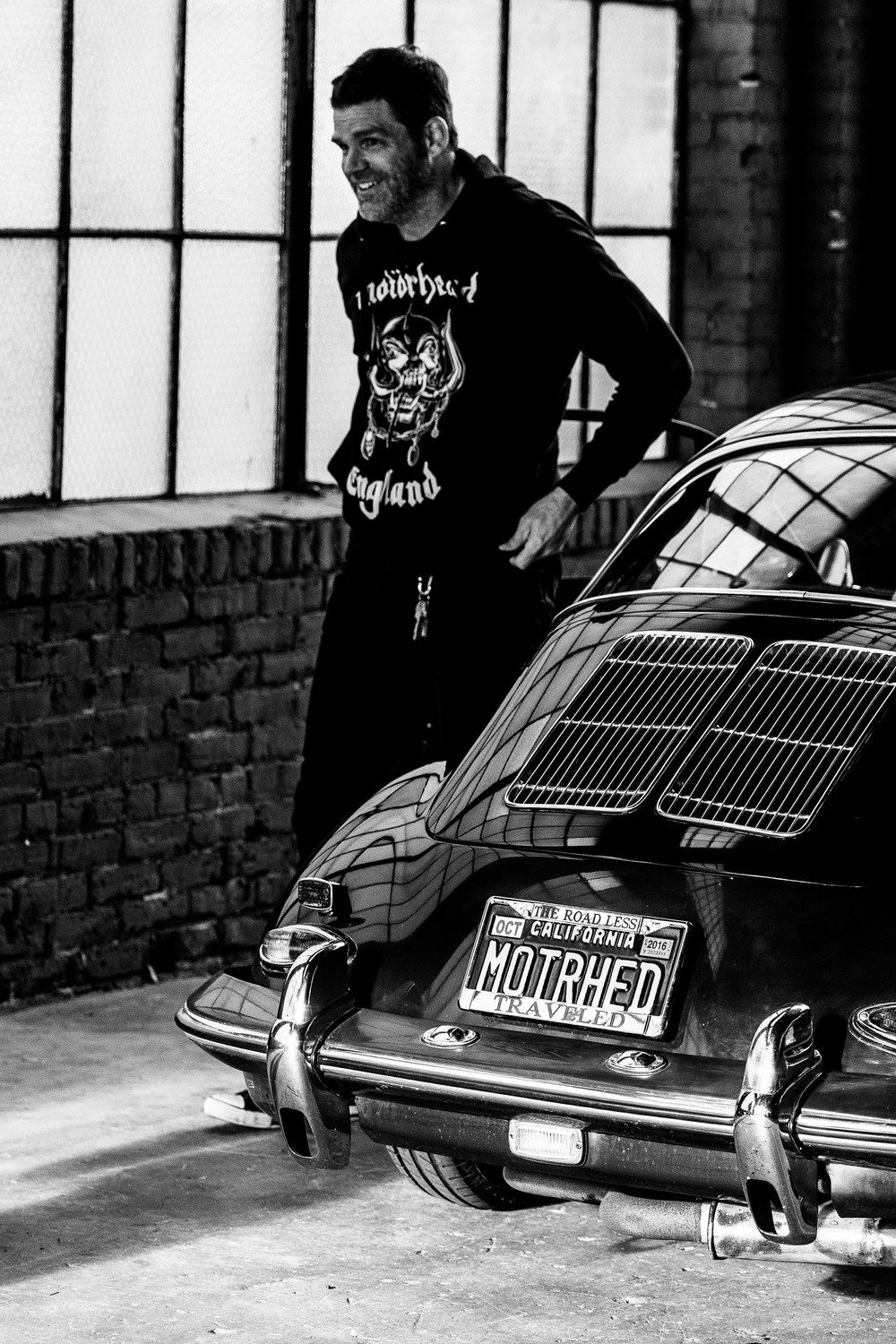 The 65 356 C was a joy to drive but it was evident it needed steering and front end work. So before I was to take her on anything longer than around the block and down to the beach, I had to get that sorted. I quickly took to sourcing out a good ZF box and was able to find one that had just happened to be sitting on a shelf for 40 years. A serviceman back in the 60’s had purchased his first 356 but after some 40,000 miles had an unfortunate accident which totaled the car but left him unhurt. He dismantled the 356 and left the good parts in his garage, collecting dust. Fast forward to 2015 and it was now bringing my little car back to life!
‍
Once I had the car running like it should, with a low milage steering box and rebuilt front end it was about the time Luftgekühlt 3 was to take place. Now I had known about the small gathering from the previous local events which in the beginning assembled around 20 air-cooled Porsches to around 50 or so for the 2nd event. I had missed those but made it a point to drive Motörhead to #3.
‍
When my son and I arrived that morning I was shocked to see nearly 450 air-cooled Porsches of all kinds show up to the “small” happening. 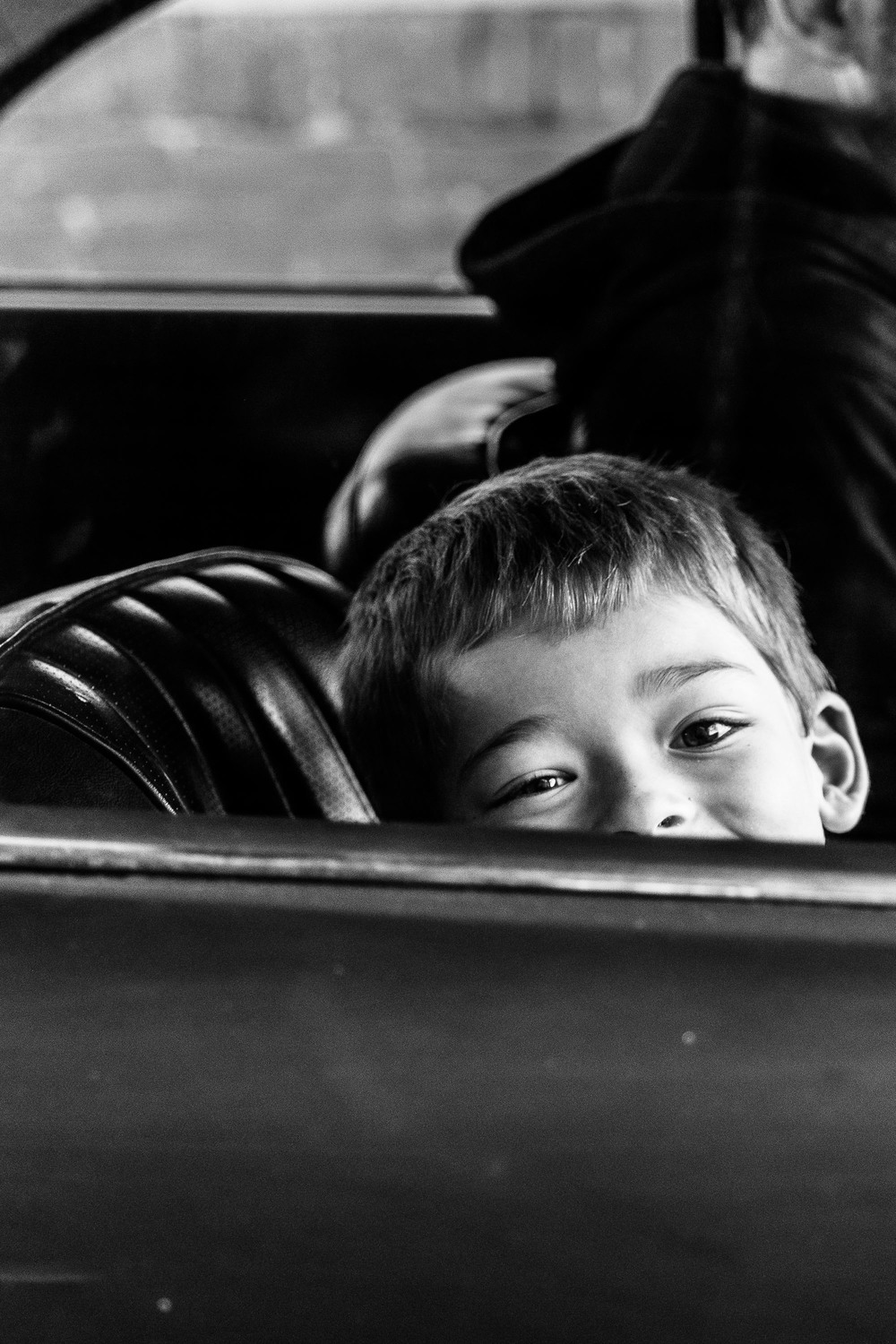 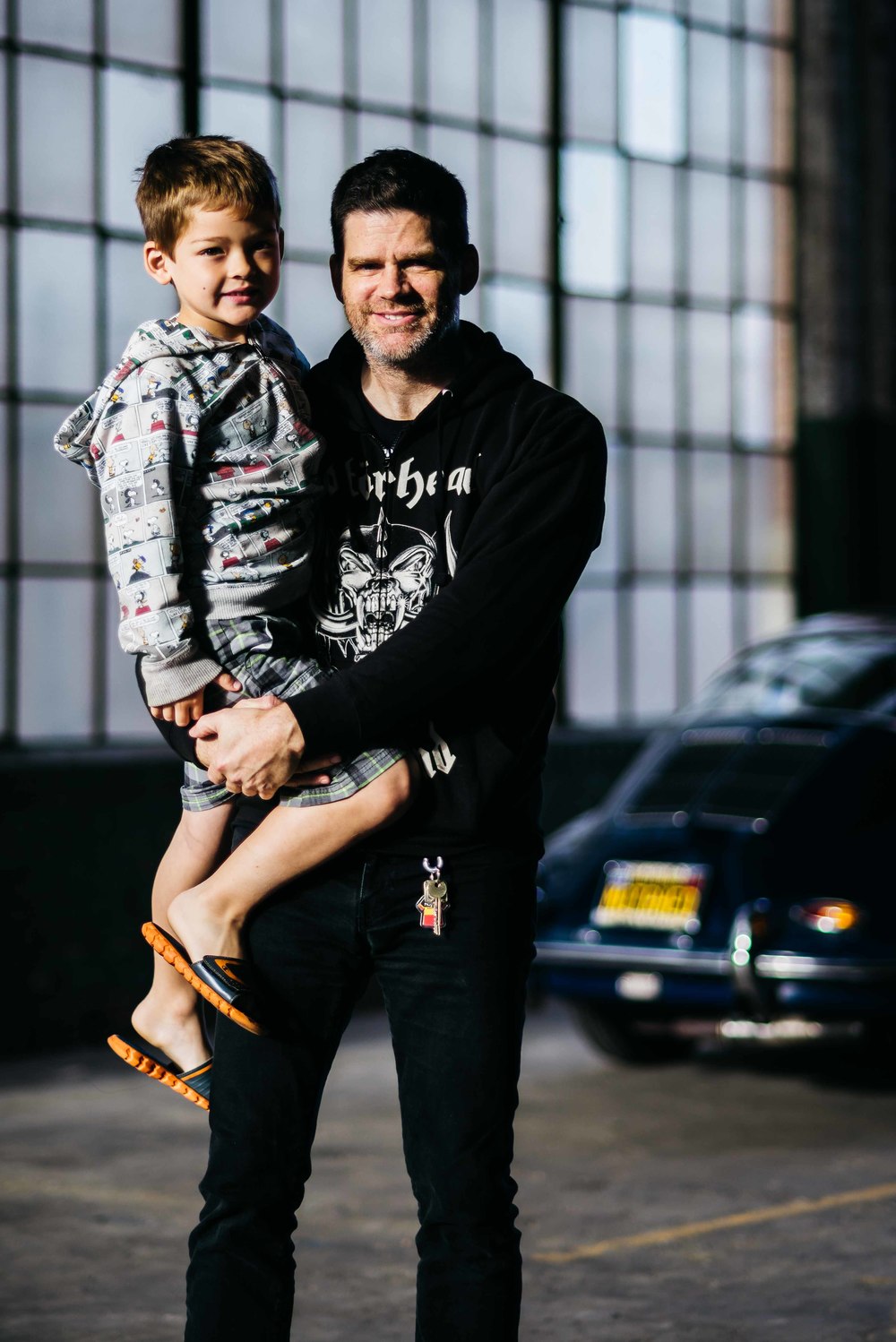 I had preregistered to get in line to go in early to park by the other 356's but was directed to line up for a special photo shoot. Being an avid photographer and designer myself I was thrilled at this opportunity to have portraits of my car, myself and with my son. What an awesome experience that was.

It wasn't long after the show I was still on my “Porsche happening” high I had to get my fix and see if there were photos of the event in the gallery section. Imagine to my surprise, there we were front and center! We were selected to be the gallery section image. What an honor!

And what a great event it was. For years I had been going to all the regional shows, photographing and lusting after the cars. Then eventually I had dragged my wife and young son along with me. We loved every minute of it. But by the time Luftgekühlt 3 had come around, it was a complete sea change, an amalgamation of all kinds of Porsche people, young and old, long time owners and new alike. There was just something about this show that had lit the fire of the every day Porschephile. 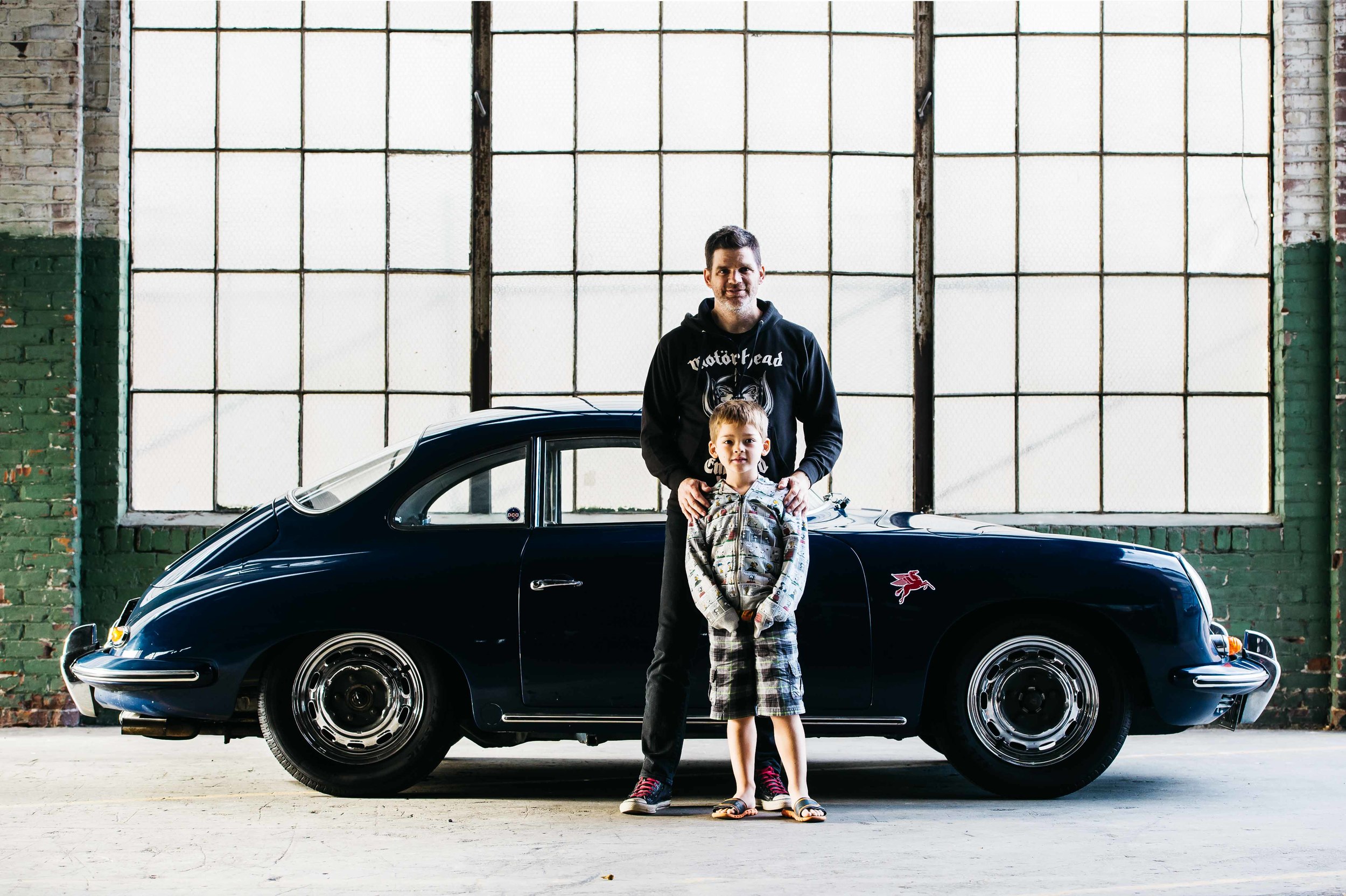 I continued to drive 221813 as much as I could but knowing this was to be my first 356 restore/mild outlaw GT build, time was drawing near.

After much thought and planning, it was time to start digging in and getting dirty. I could have left her alone but after close inspection there were a lot of problems going on under the paint.

Once we stripped the body, we found out nearly the entire body had a coat of bondo on it but surprisingly, the metal underneath was pretty clean and damage free. Whoever had changed the color from the original Irish Green to Bali Blue had done a thorough job of getting rid of any signs of OG paint but a terrible job on the body with unnecessary body filler. It felt like a good restore/build candidate to me. 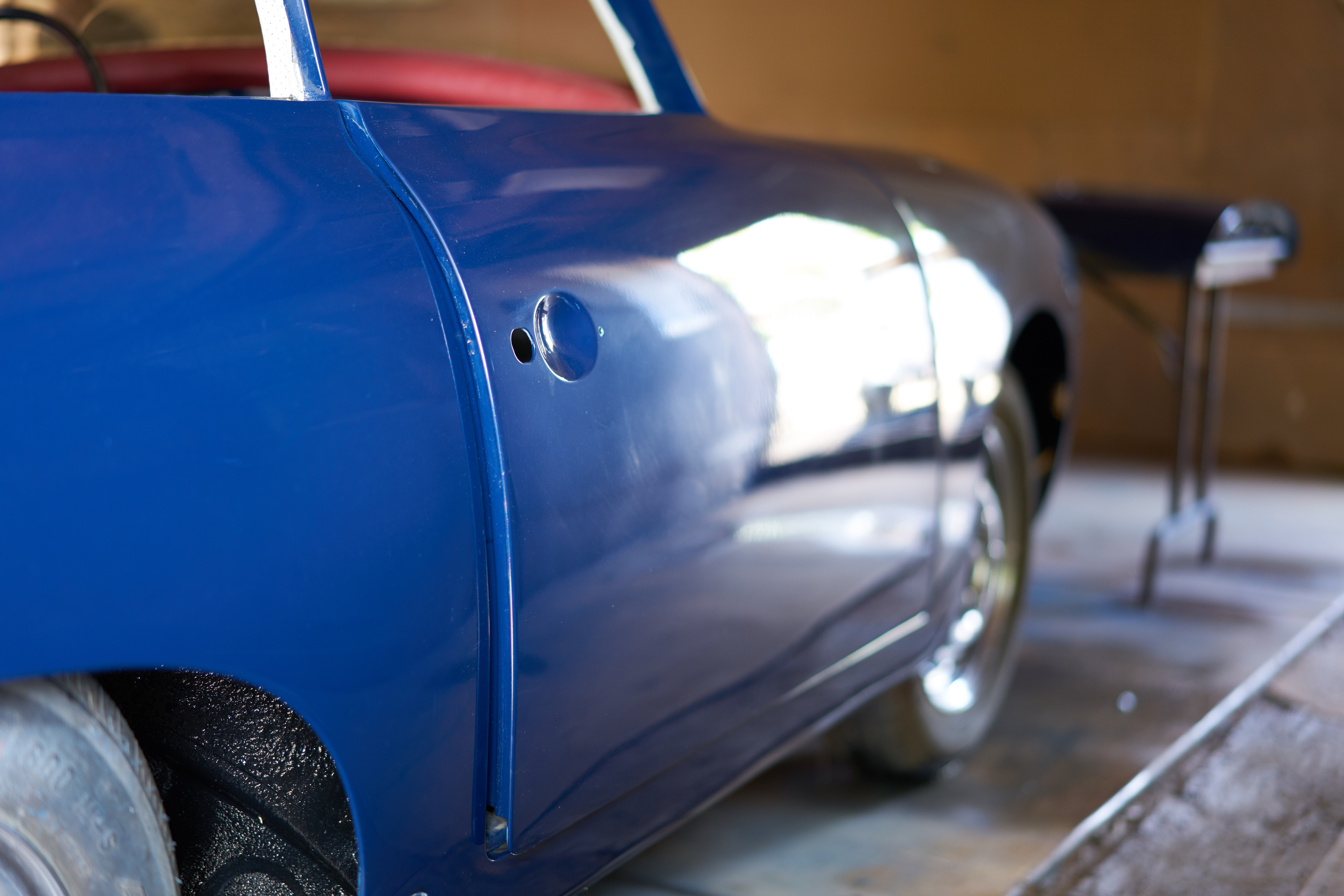 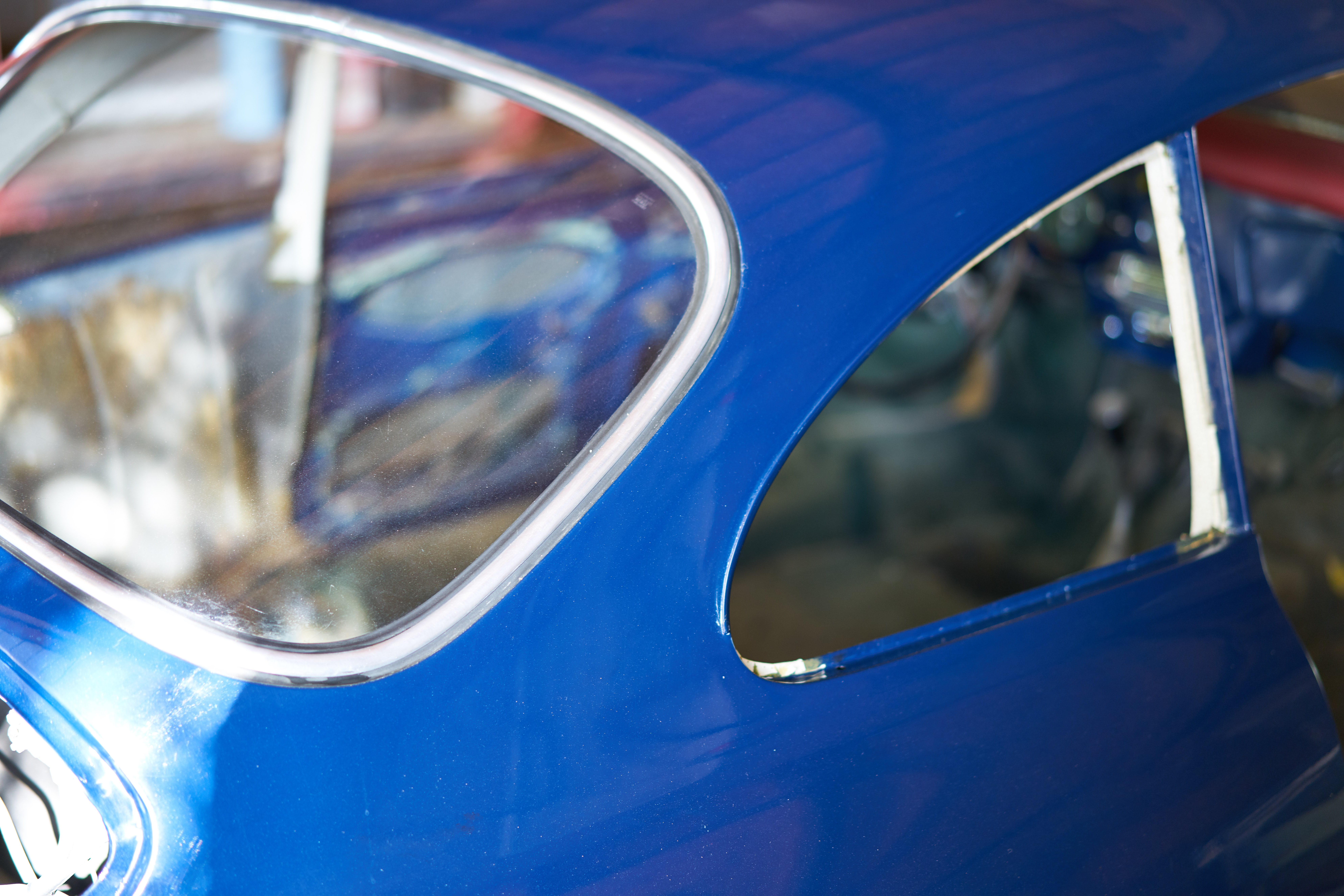 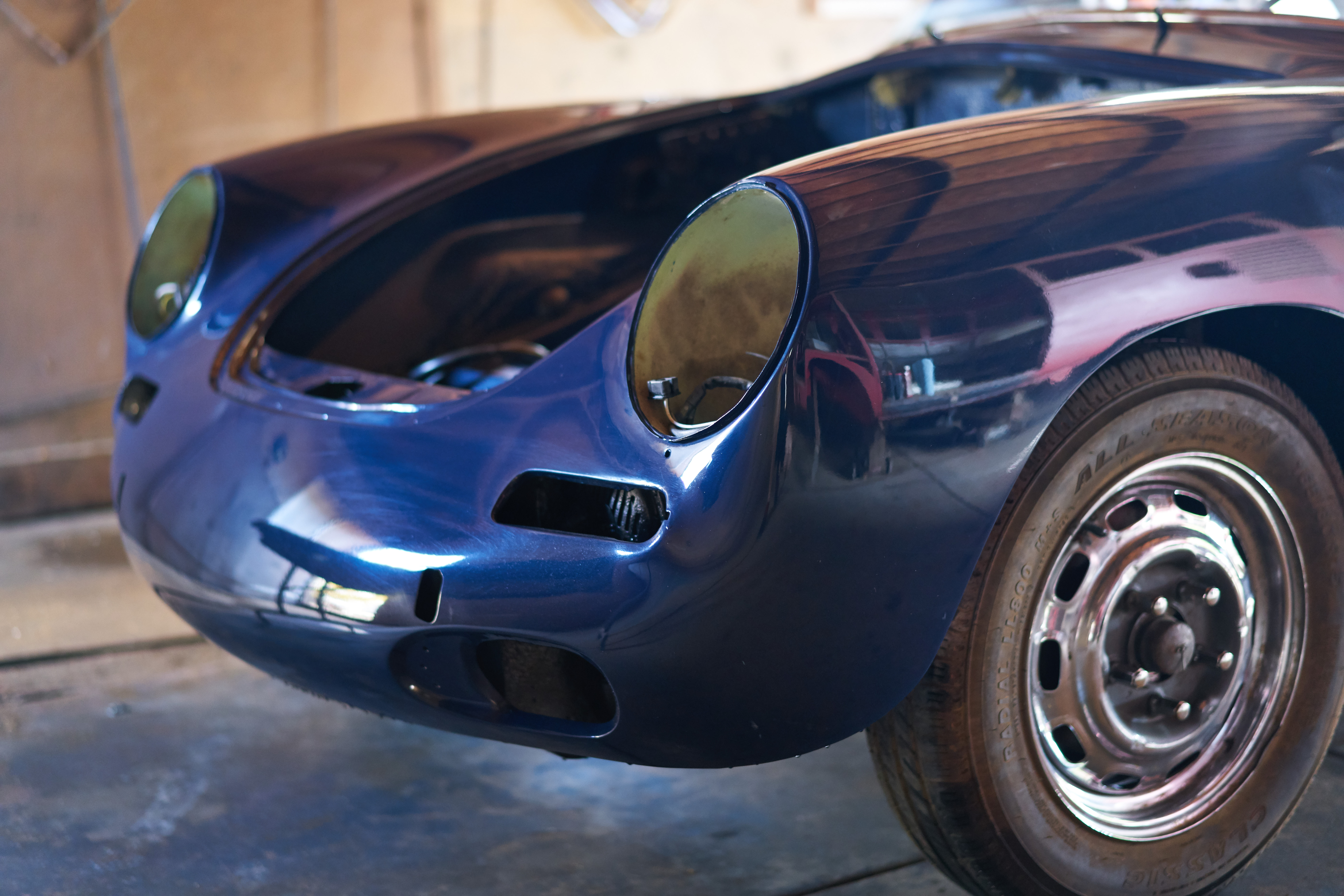 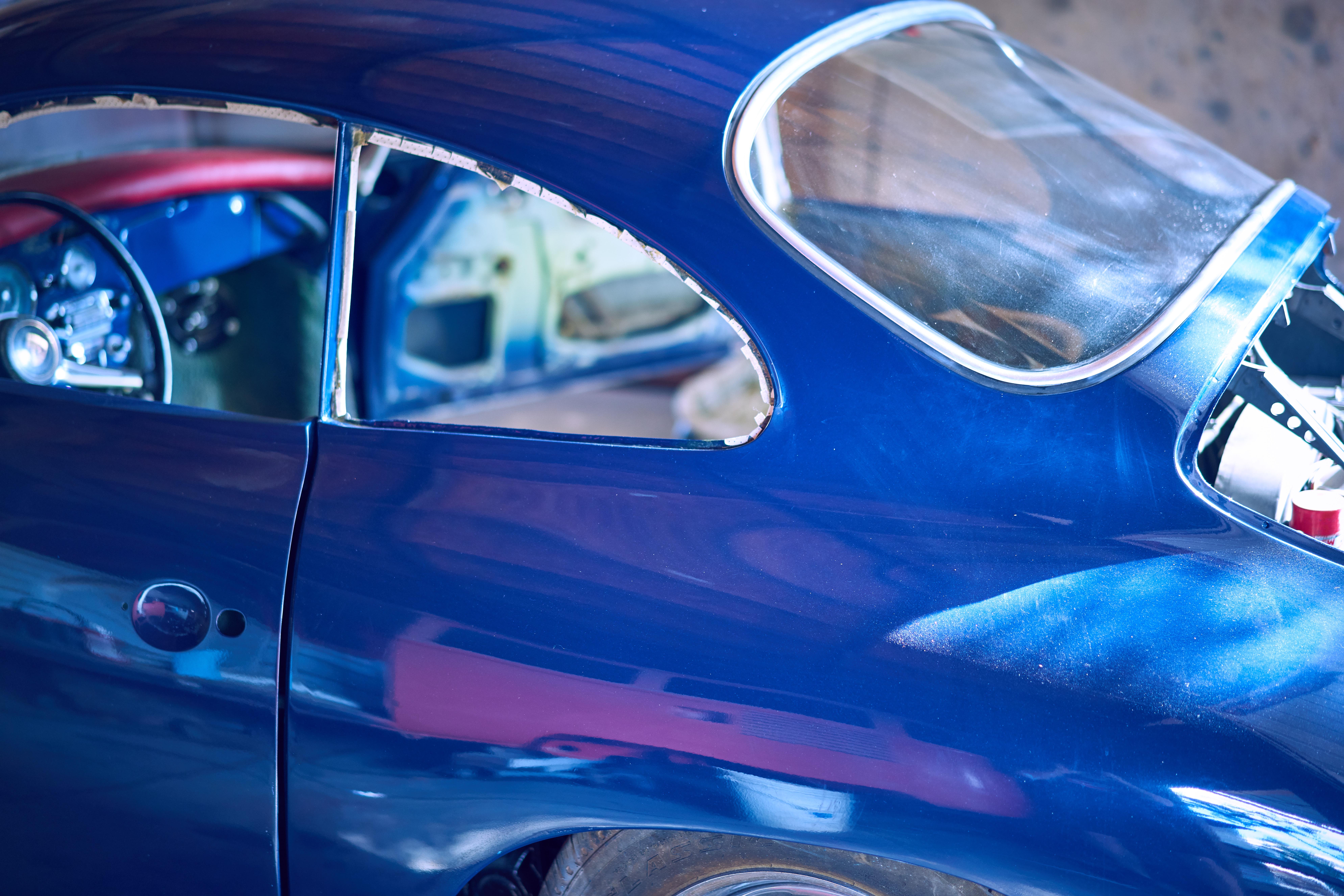 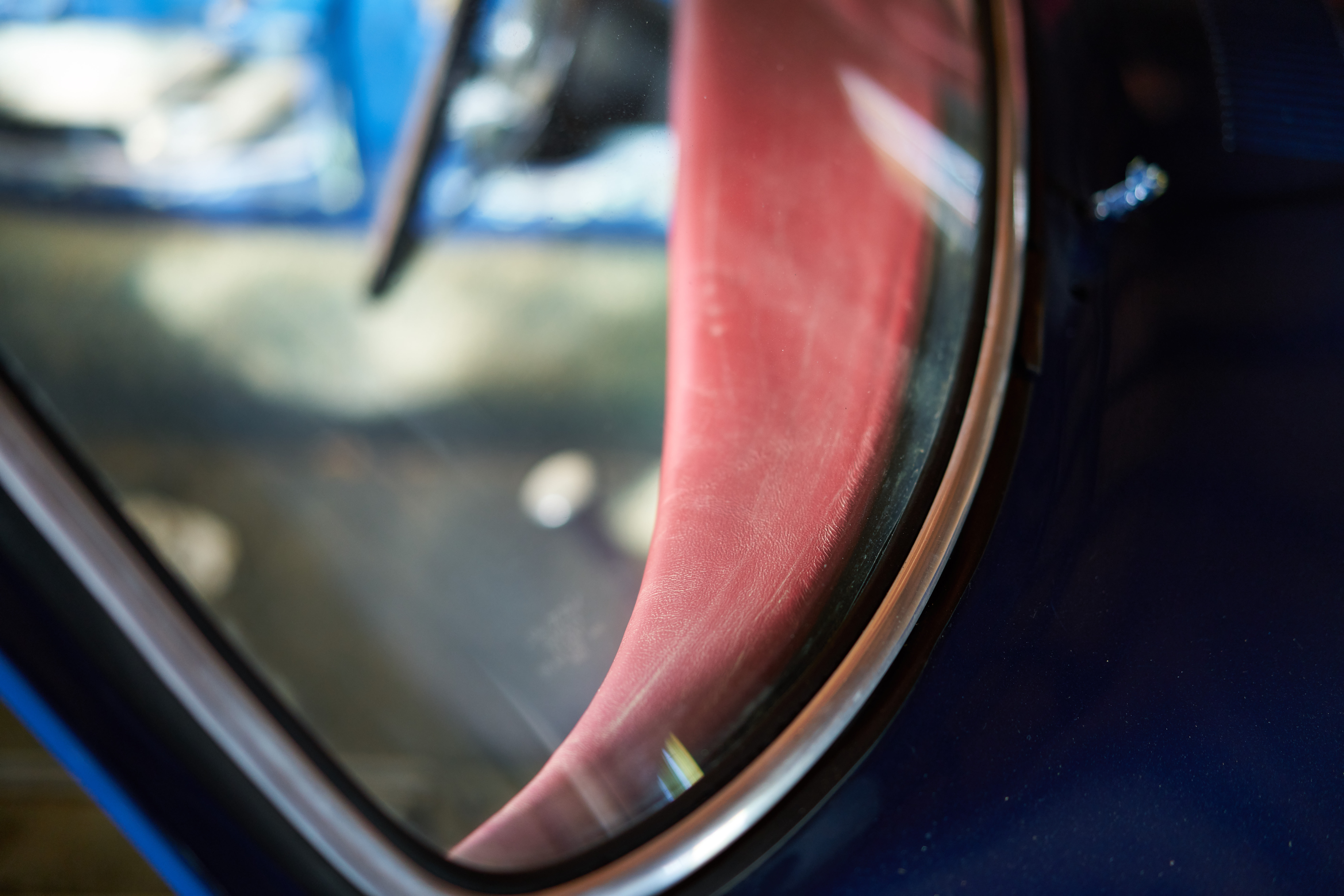 The build.
So knew I wanted to do an authentic, to the period, GT build. Something like you would have seen at a race track in 65-69. Speedster seats, solid bumper deco, sans bumperettes, removed hood handle, Sebring exhaust, GT mirror. I also wanted a red leather interior!

Tony Ochoa of Barndoor and Hebmüeller fame, my long time partner in crime and master craftsman gets all the credit for the beautiful work and bringing this vision to life. He truly is the maestro and humble as can be. 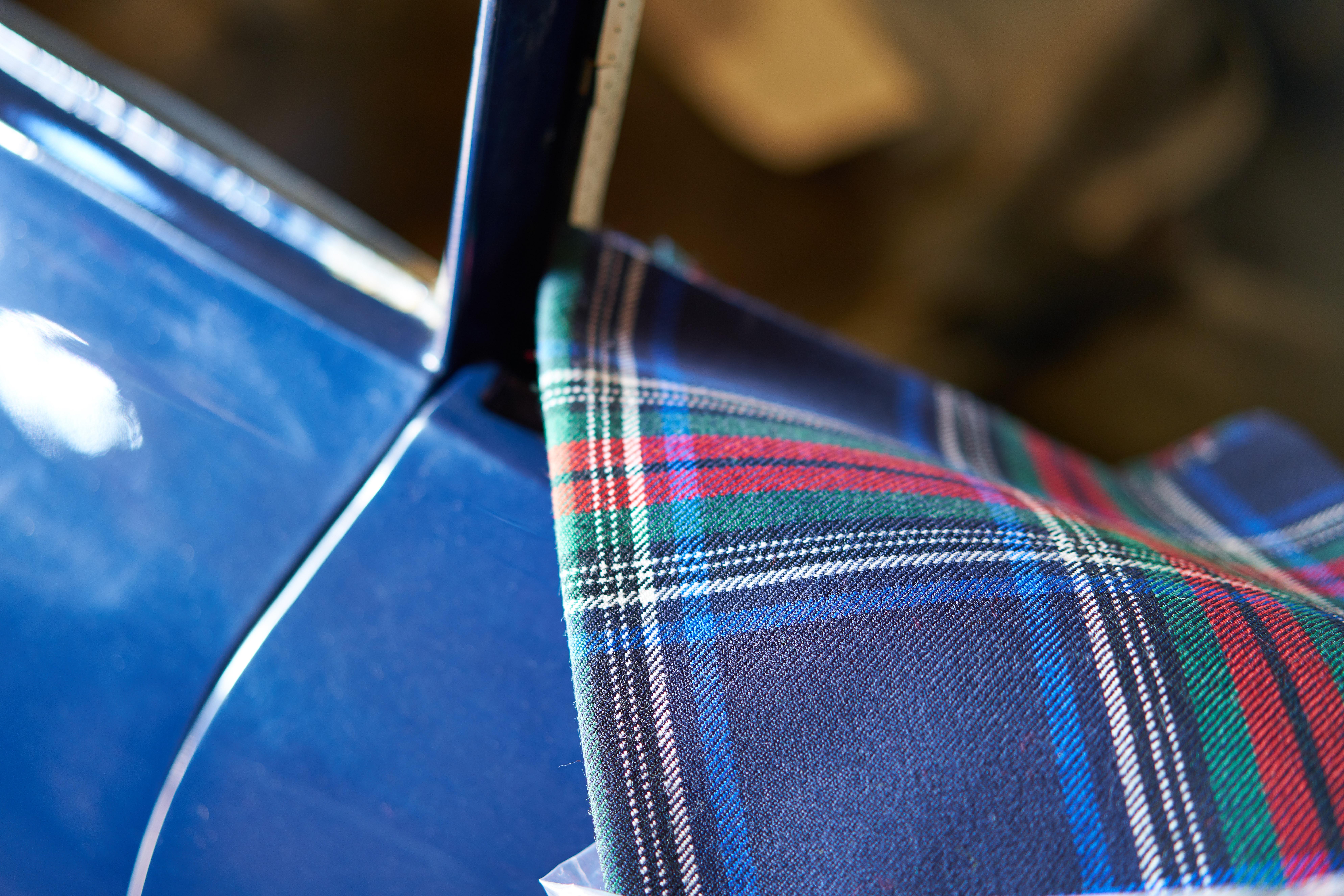 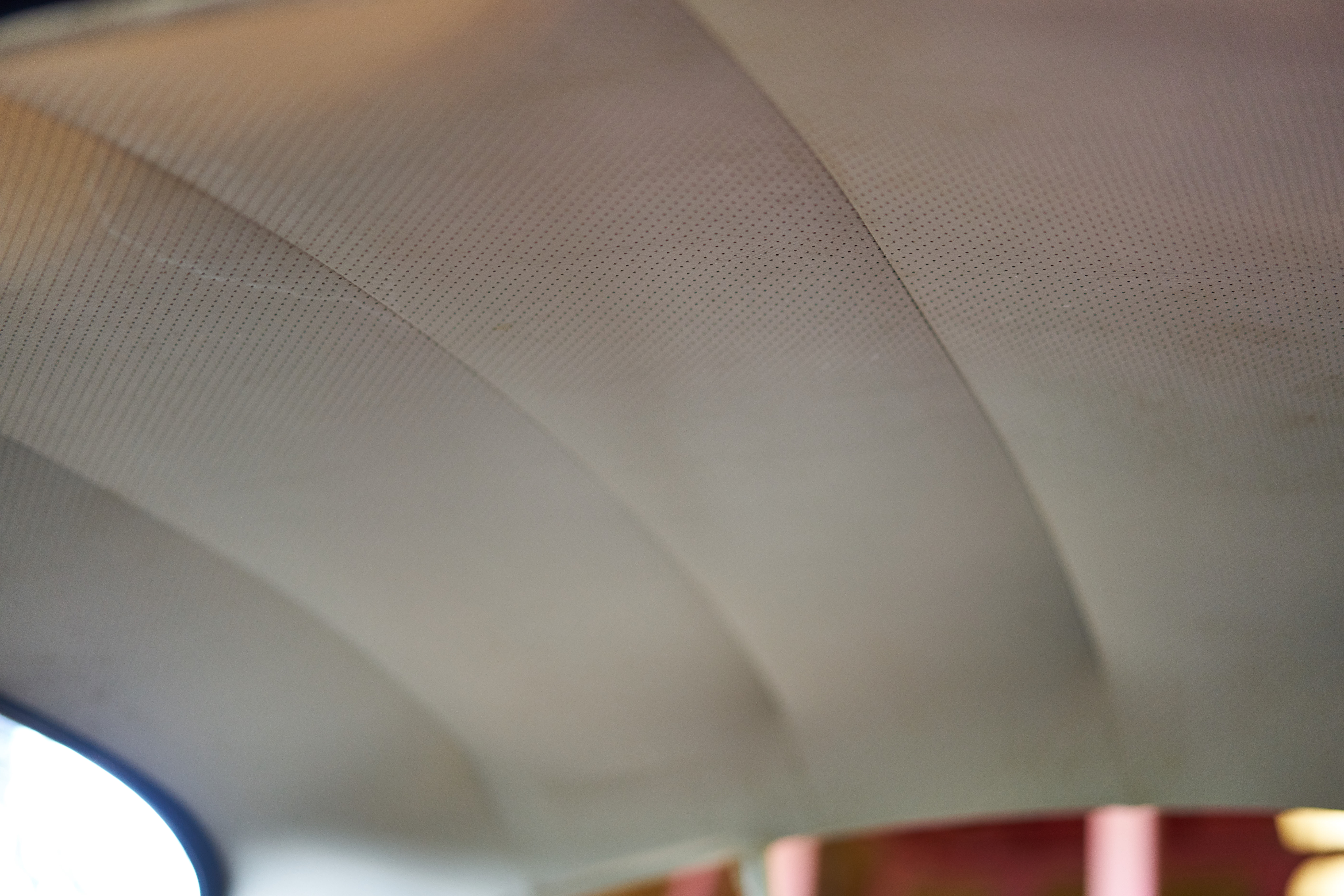 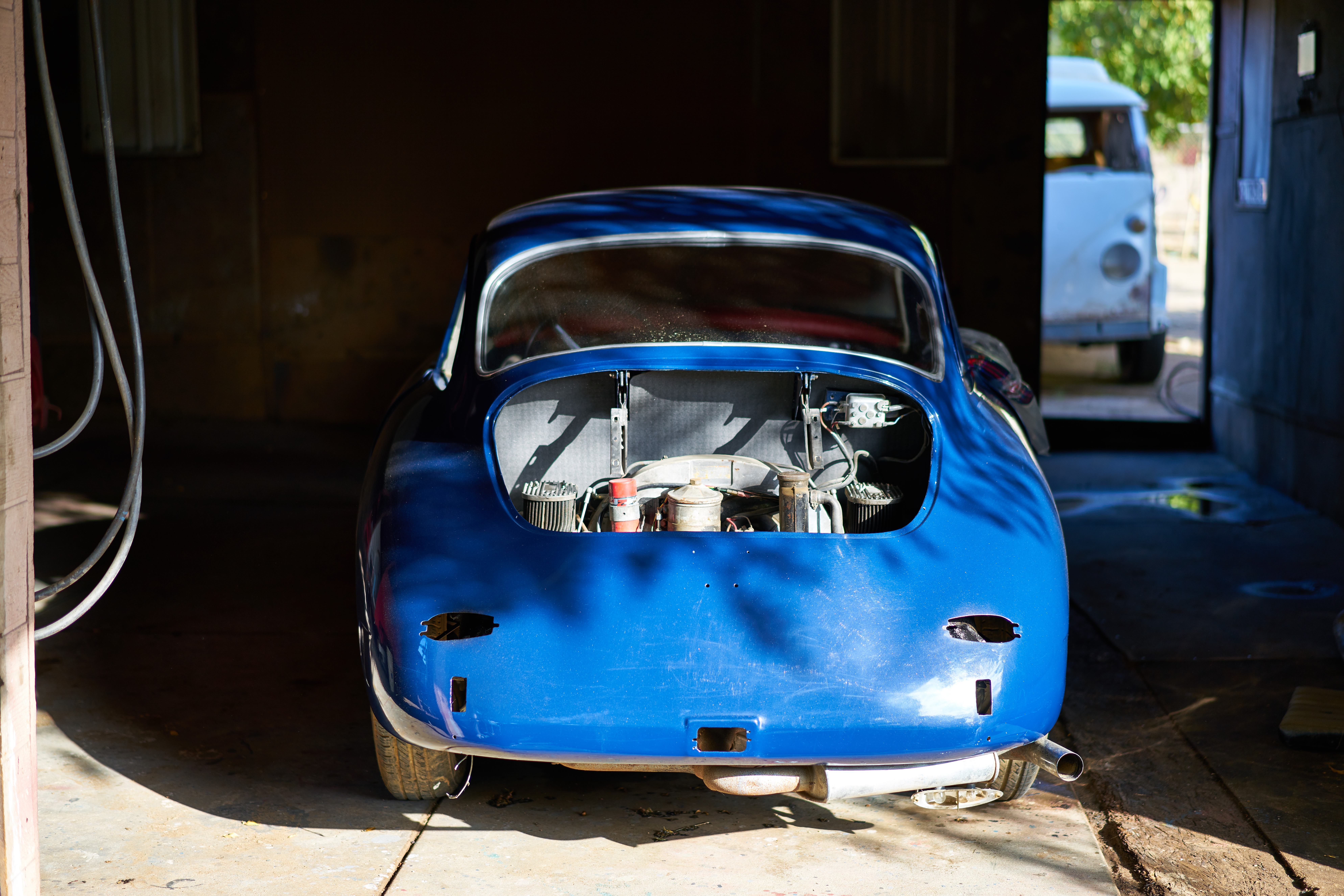 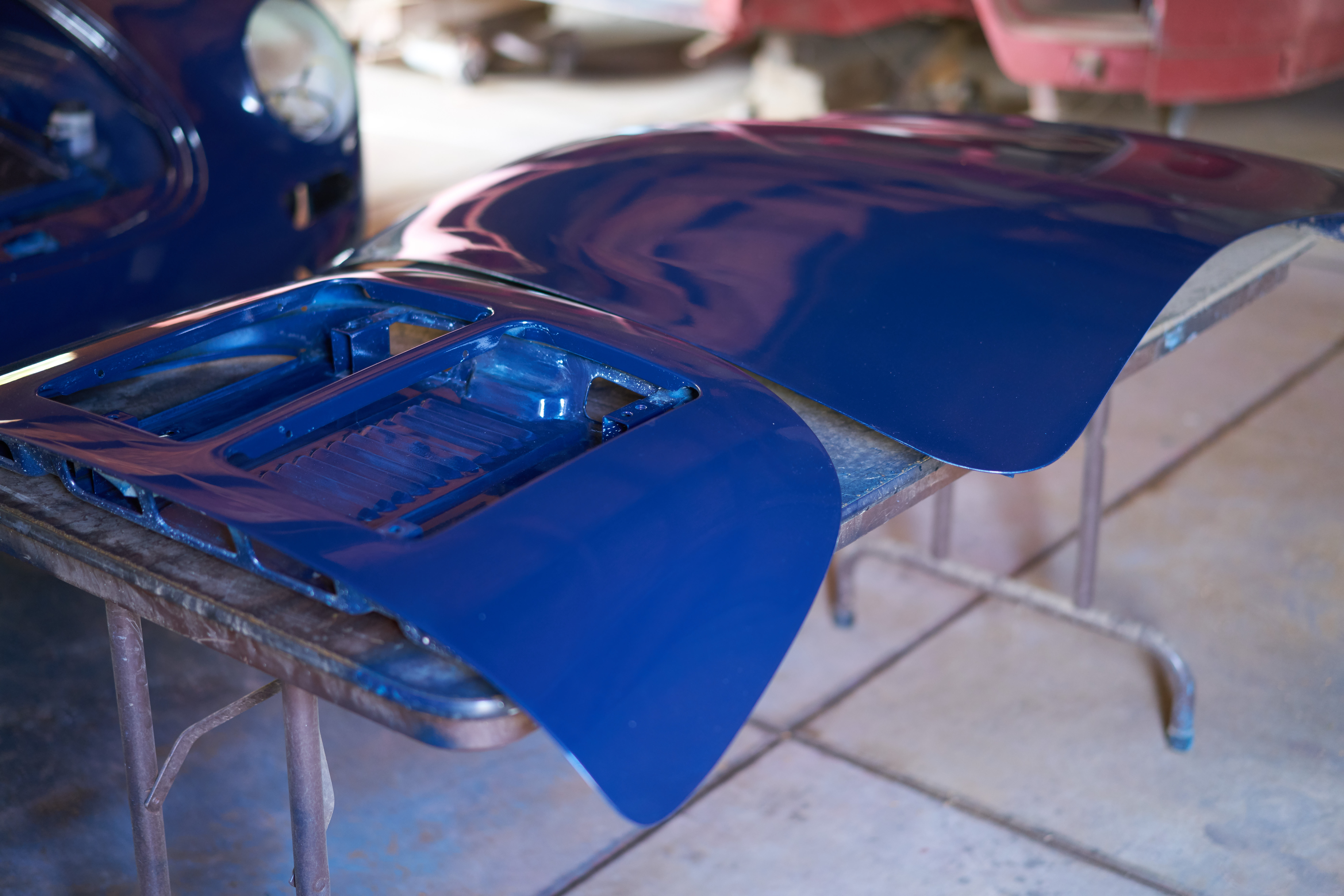 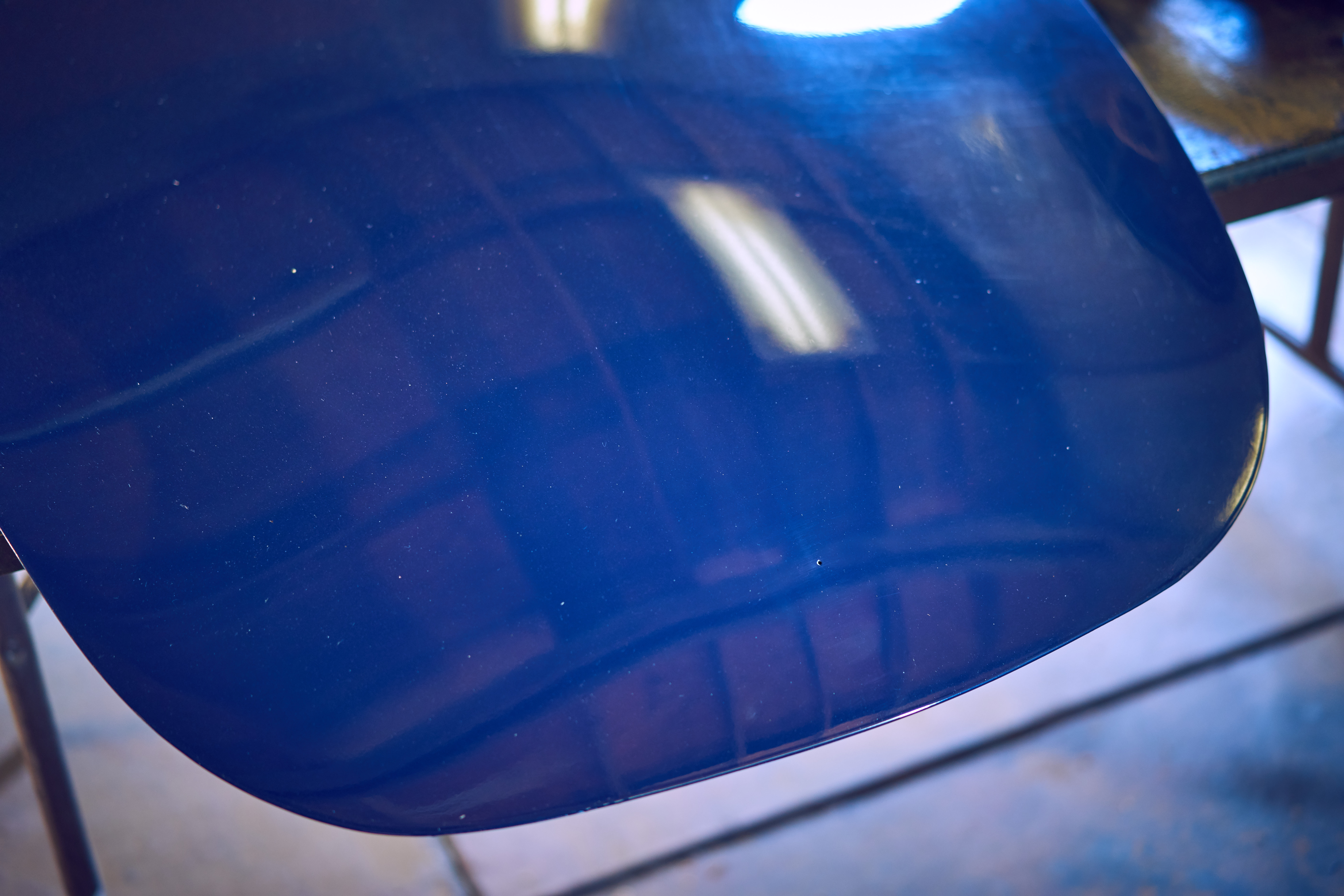 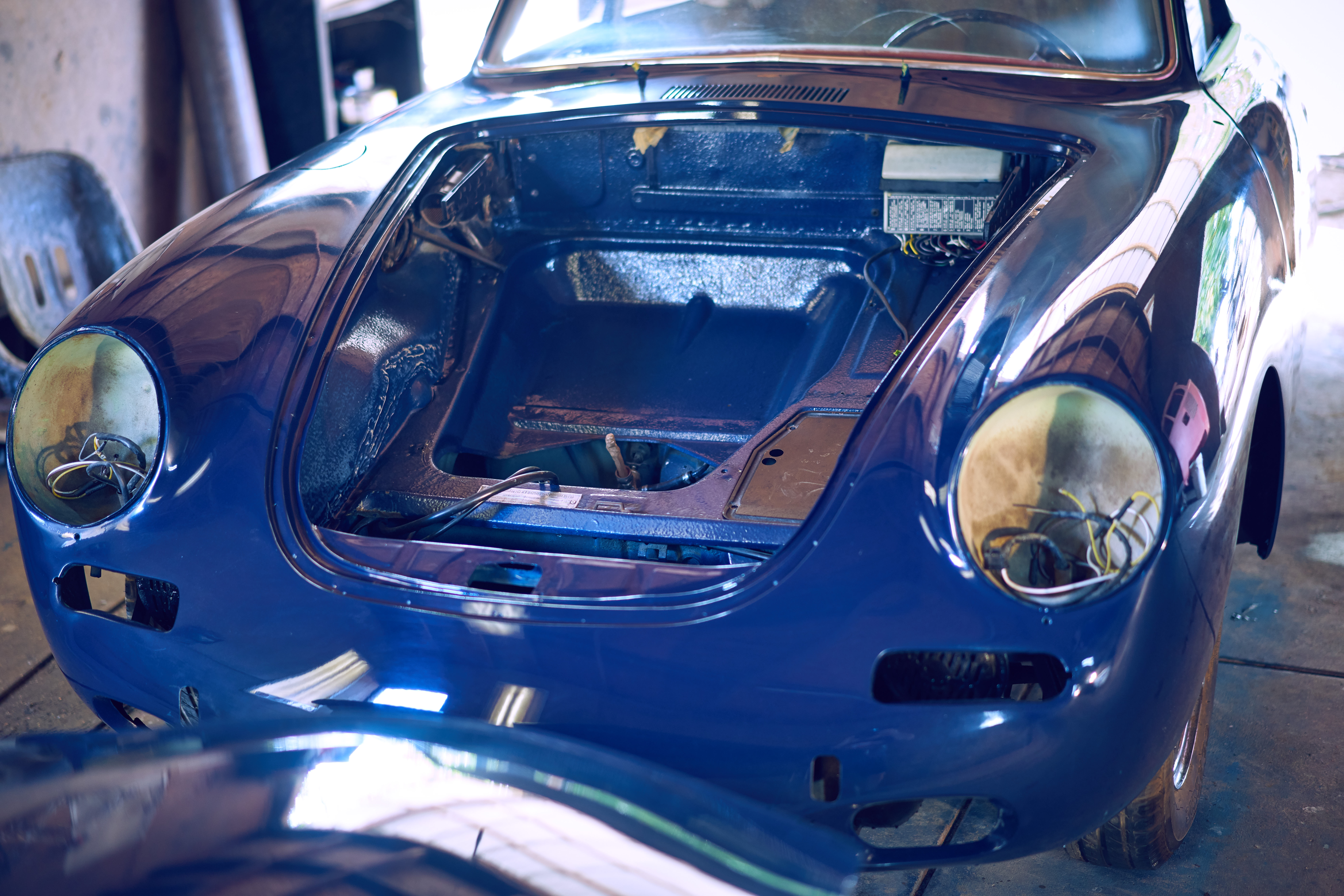 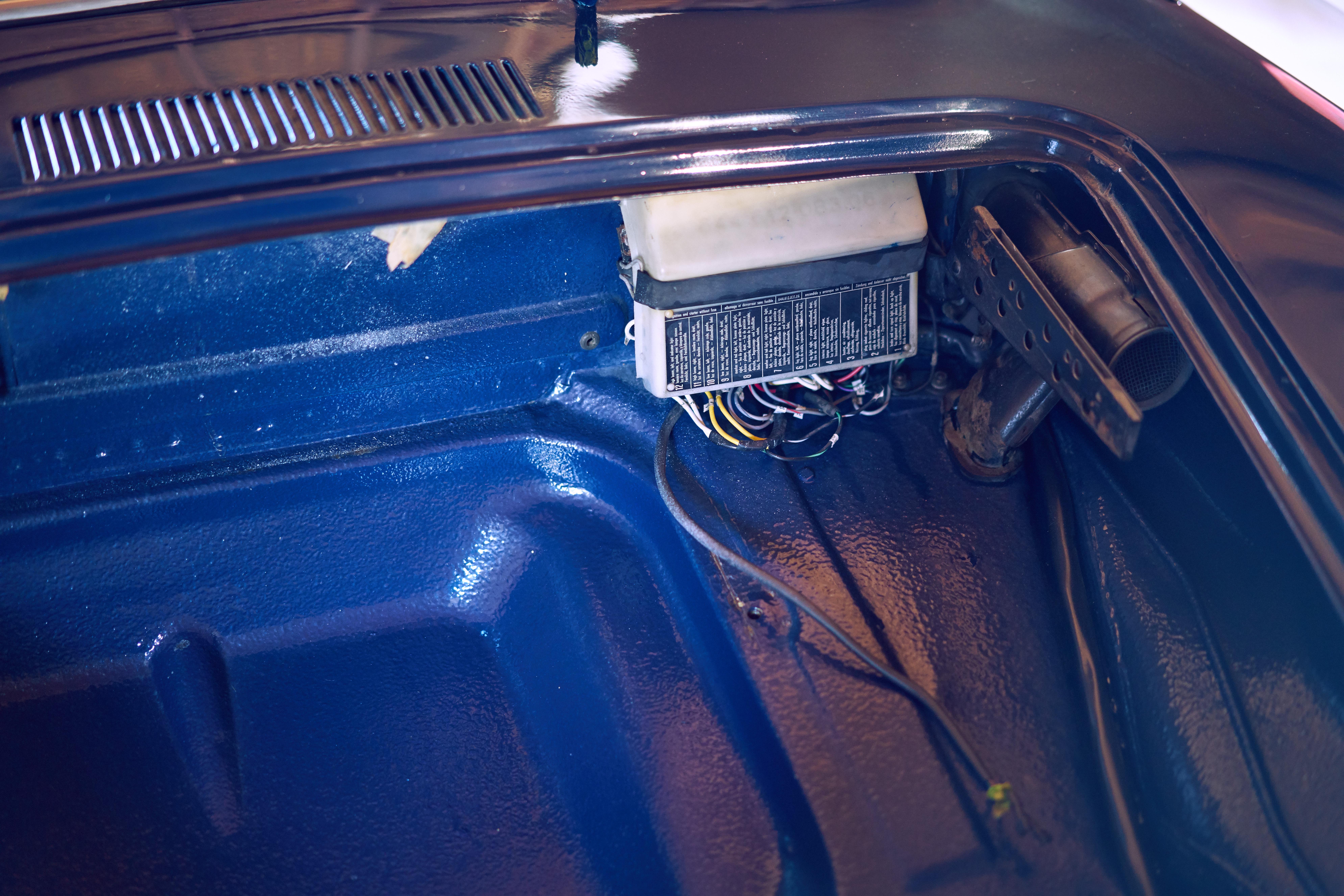 The next phase.
In the coming month we'll be diving full on into the interior and then it's on to the best part. Assembly of the shiny bits! And finally 221813 will live, happy on the road again.
‍
Please, come back often. I will be adding imagery as we continue to build. I hope you enjoy the work as much as I have enjoyed building MOTRHED. 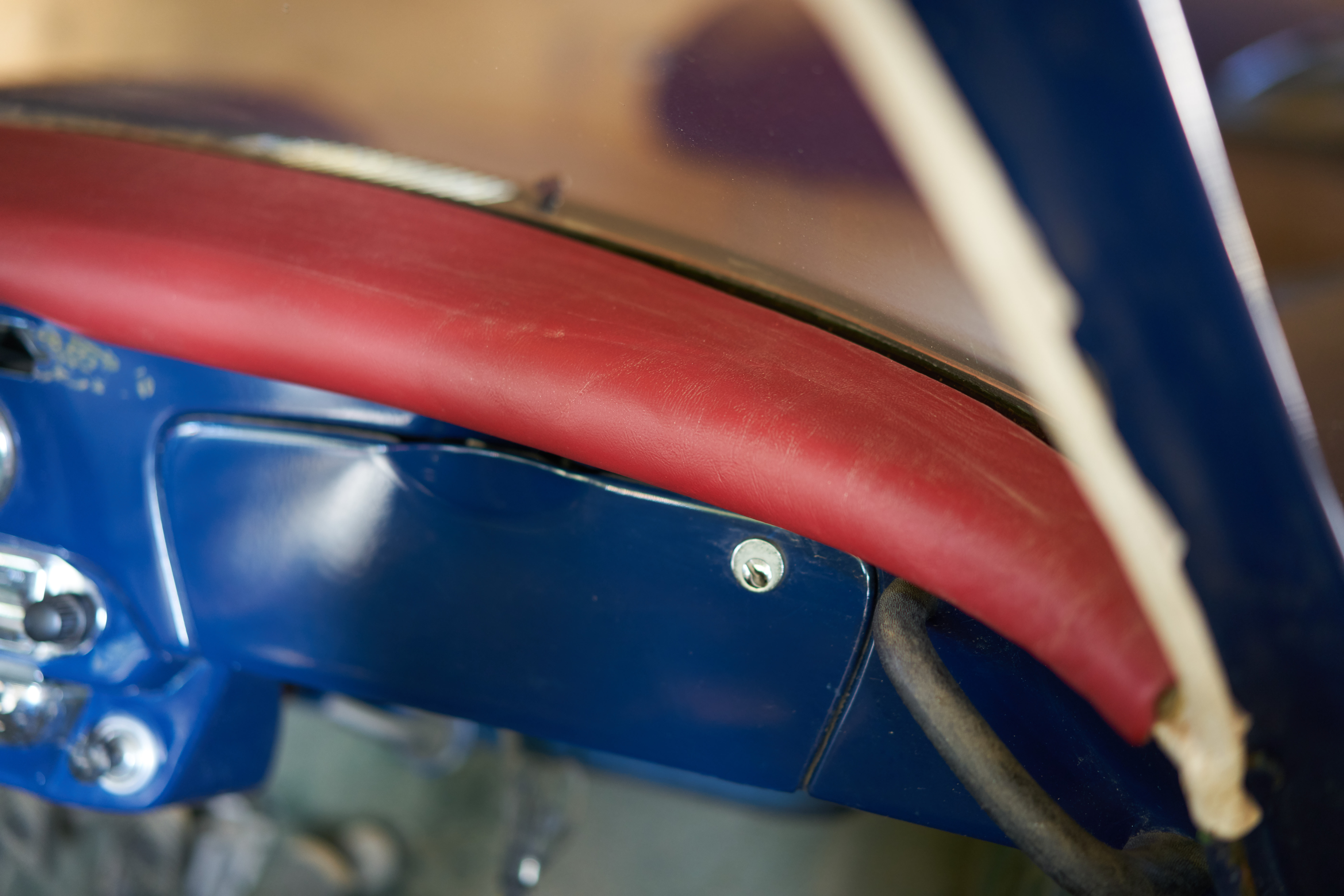 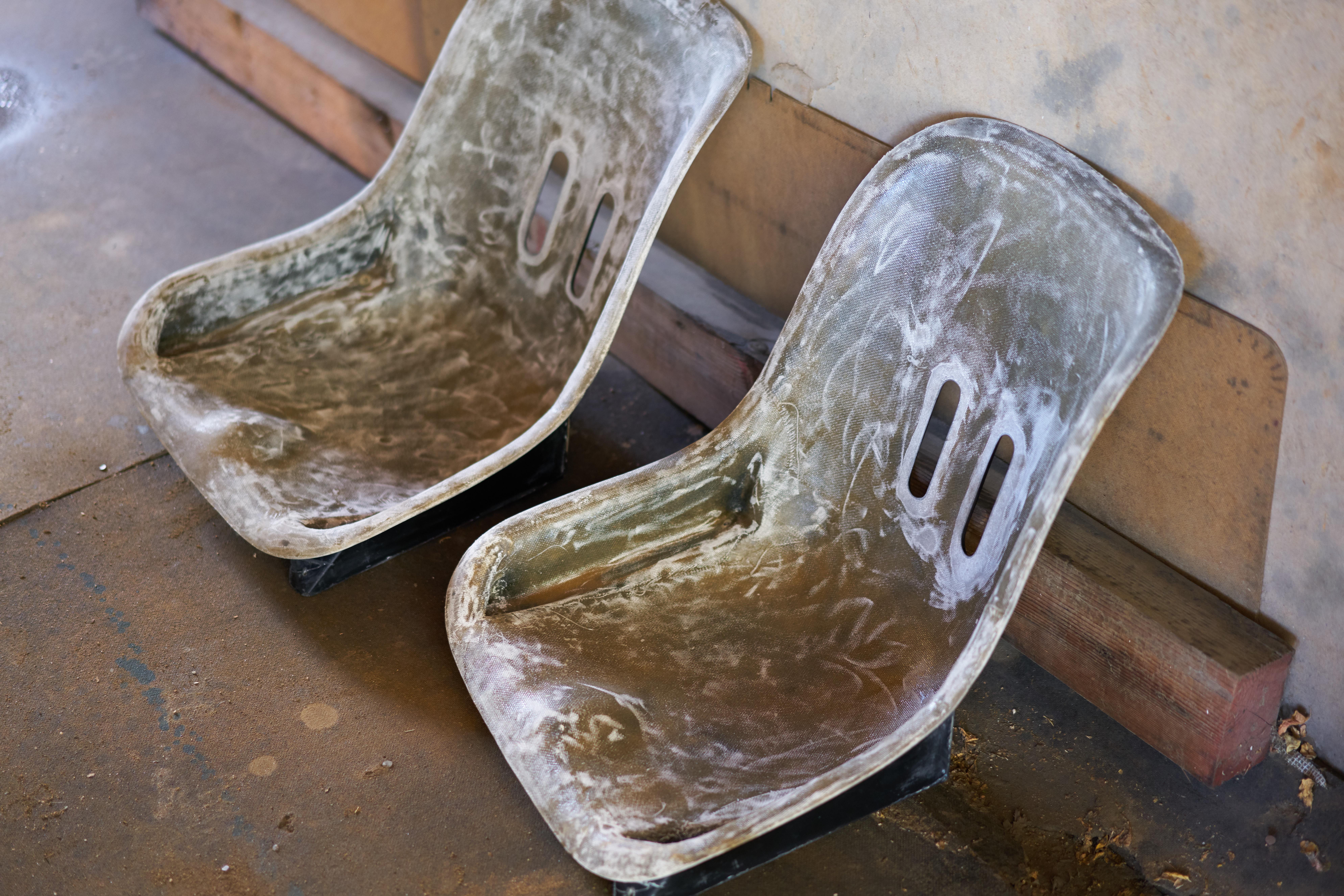 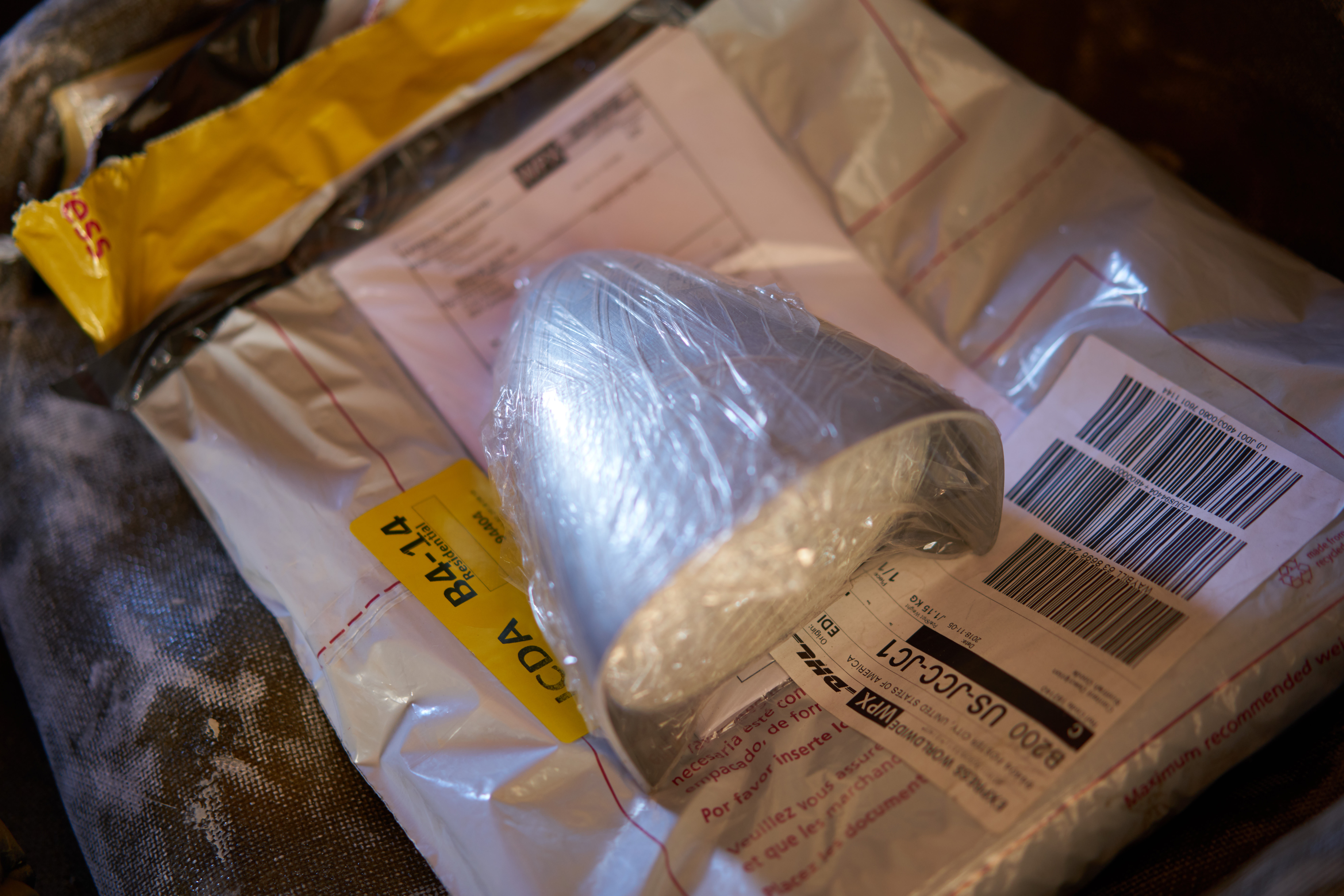 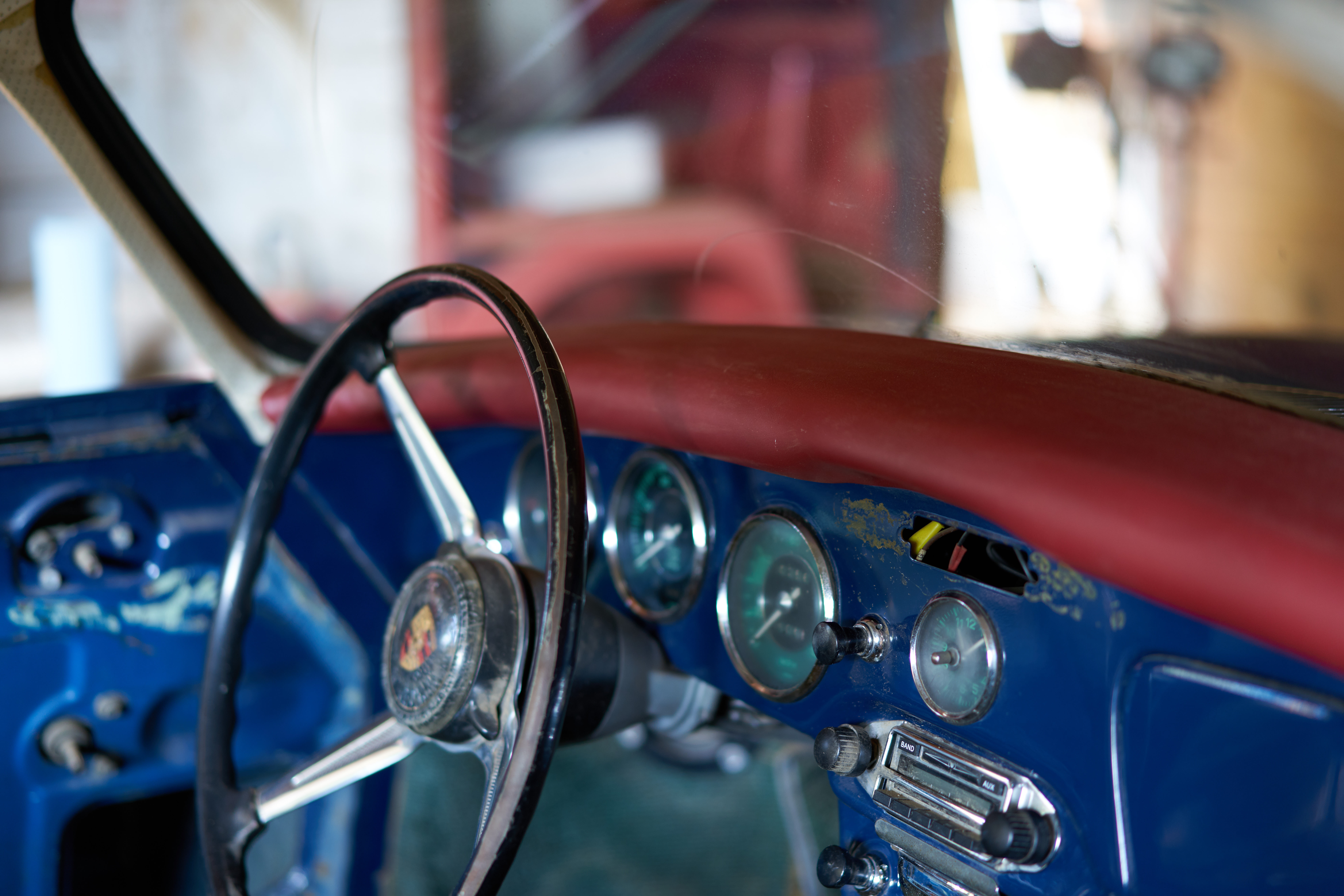 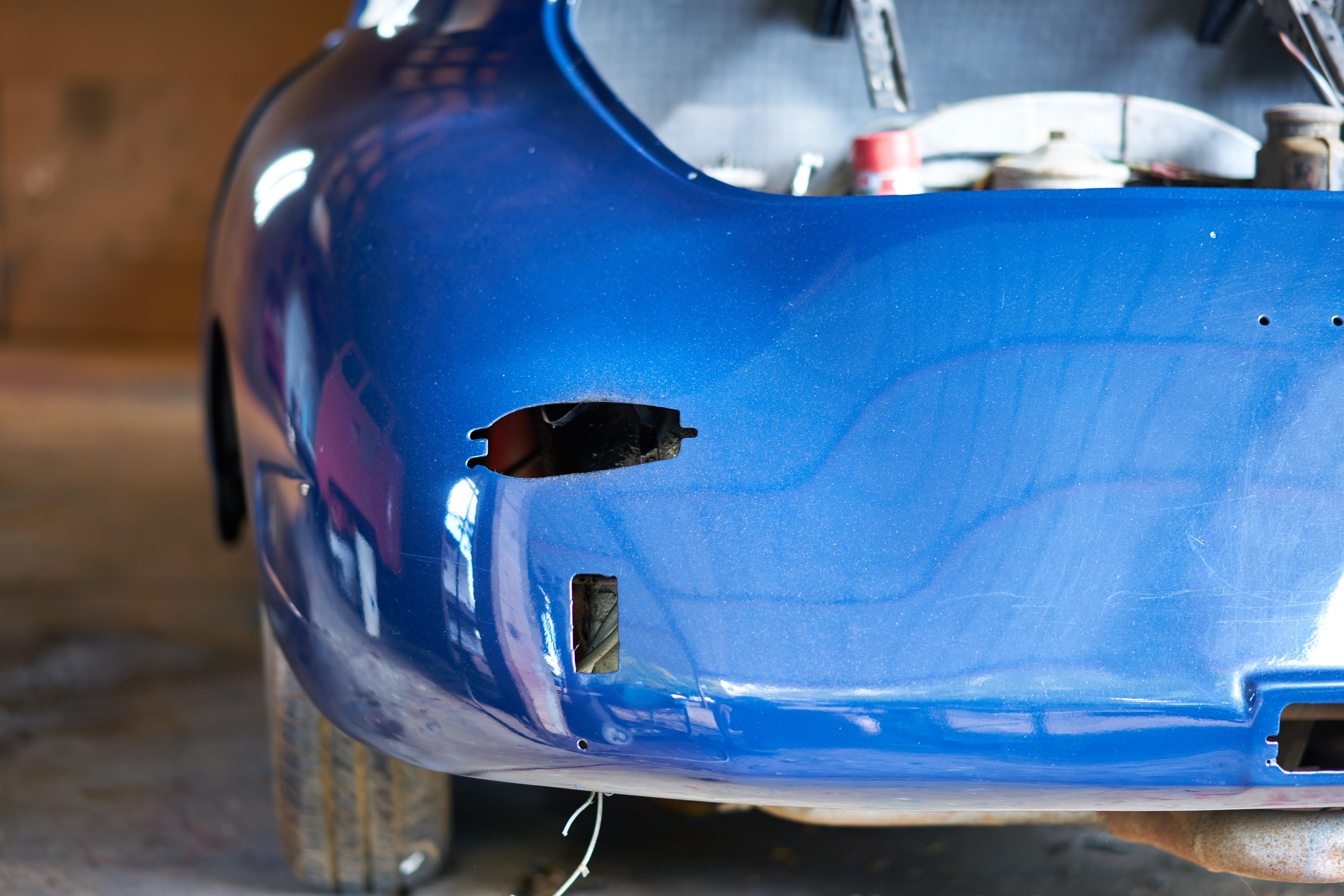 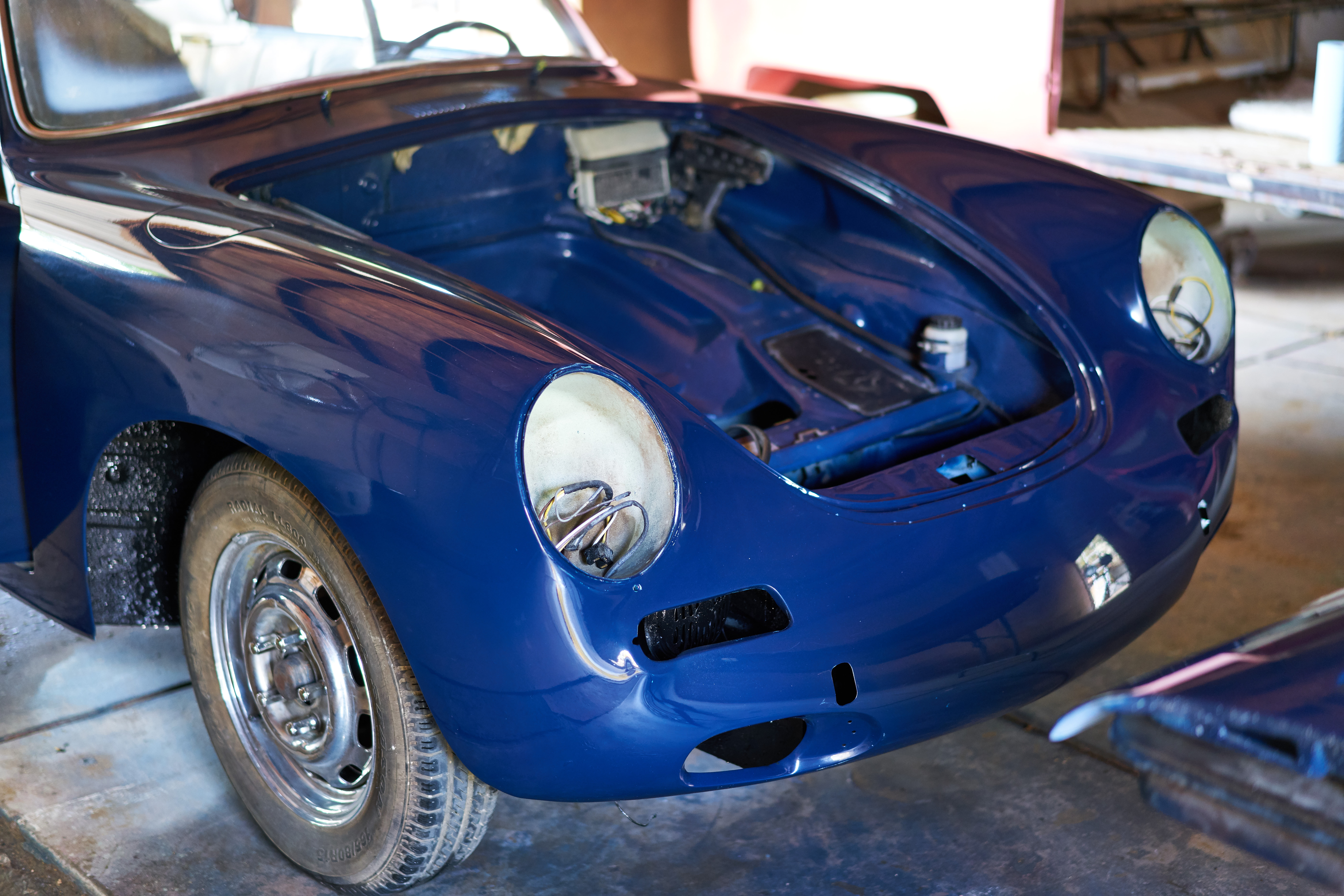