There is just something so artful about this particular 550A Spyder. As I happened upon it, perfectly poised at Rennsport Reunion VI, I just had to stop my kids and photograph it. Sitting there in the paddock after stretching it's legs in a half hour run around Laguna Seca, with the smell of racing fuel and exhaust still fresh in the air, it was as if it had just been peeled off the wall of a world class art museum. 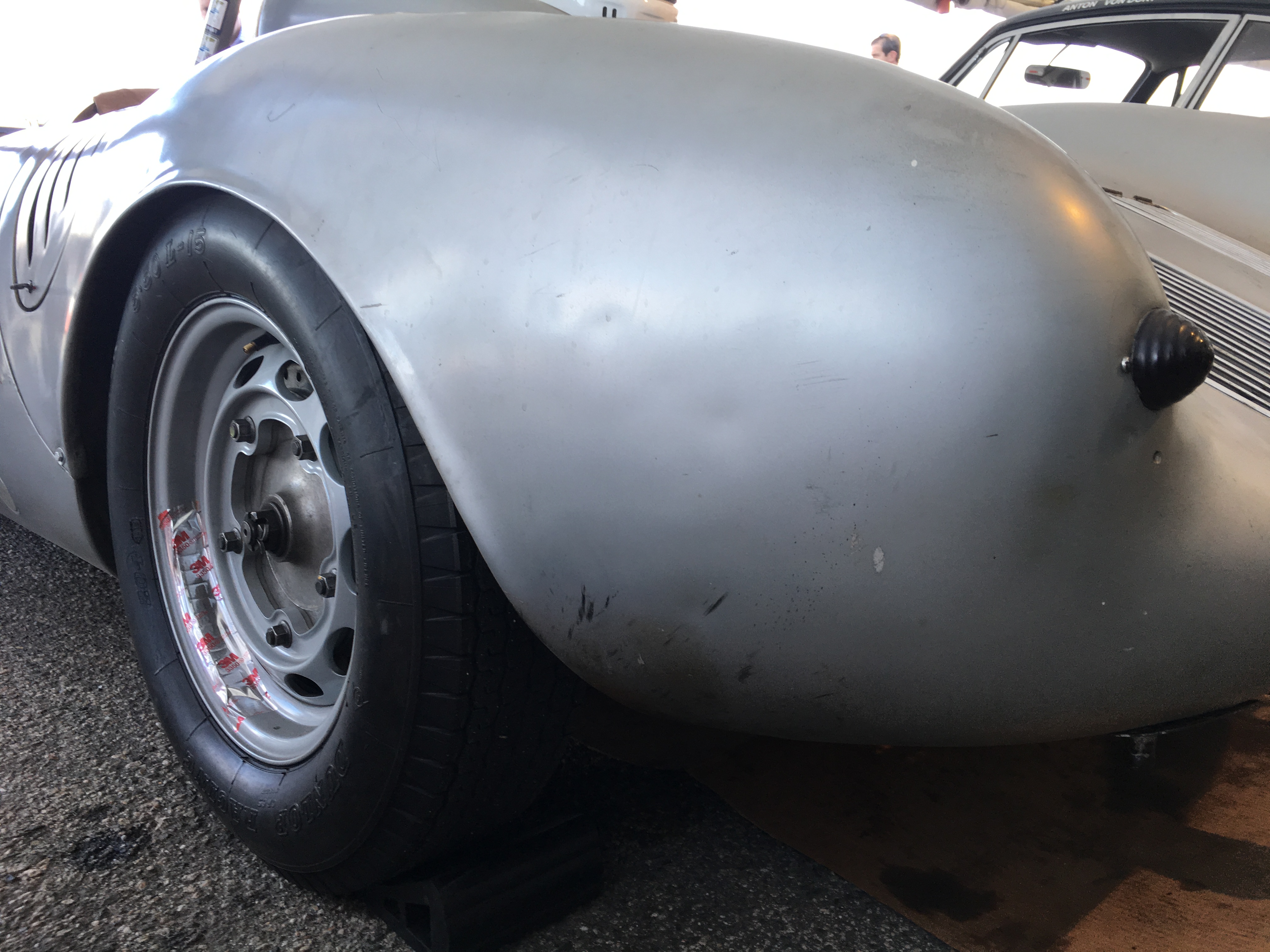 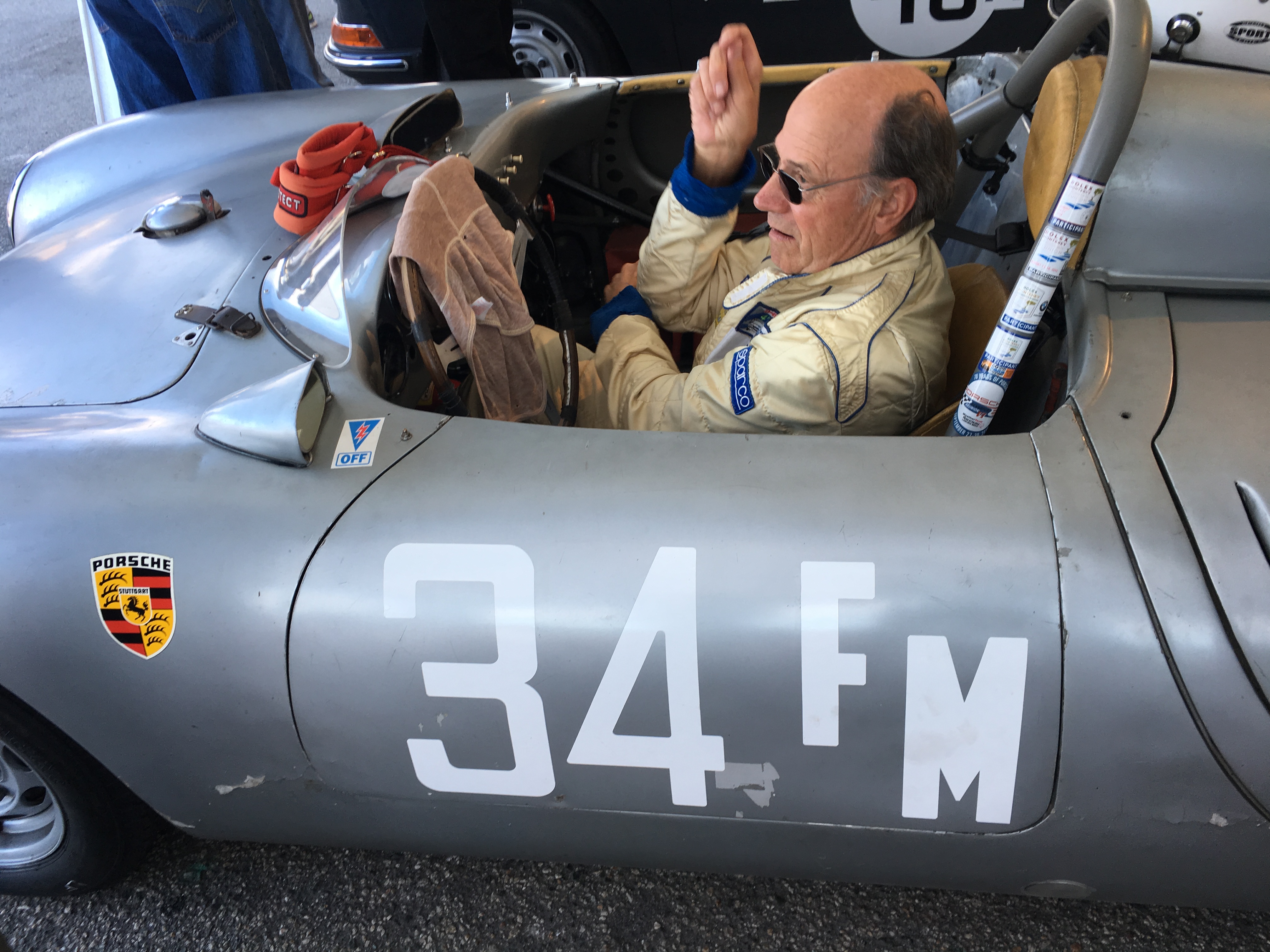 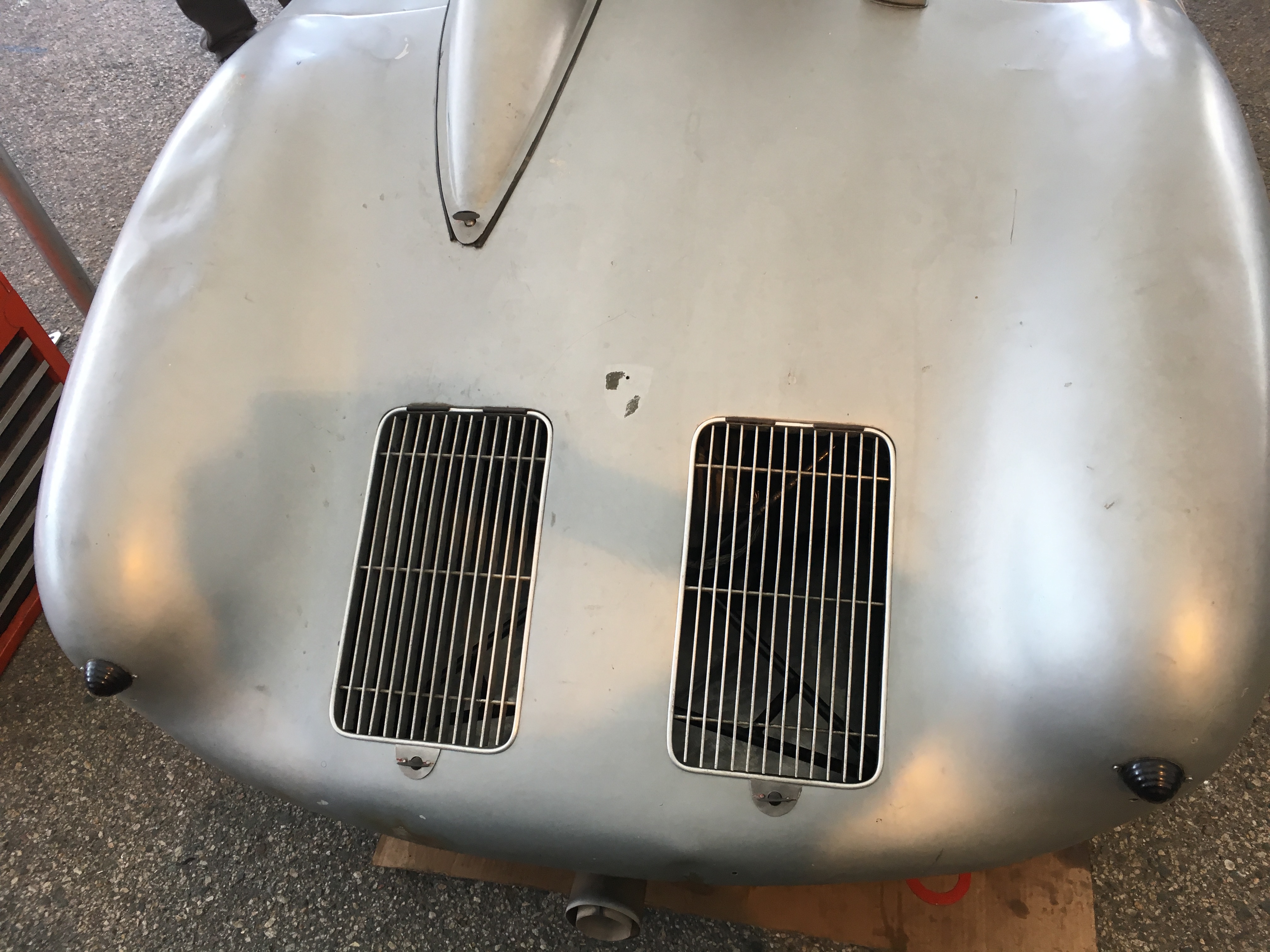 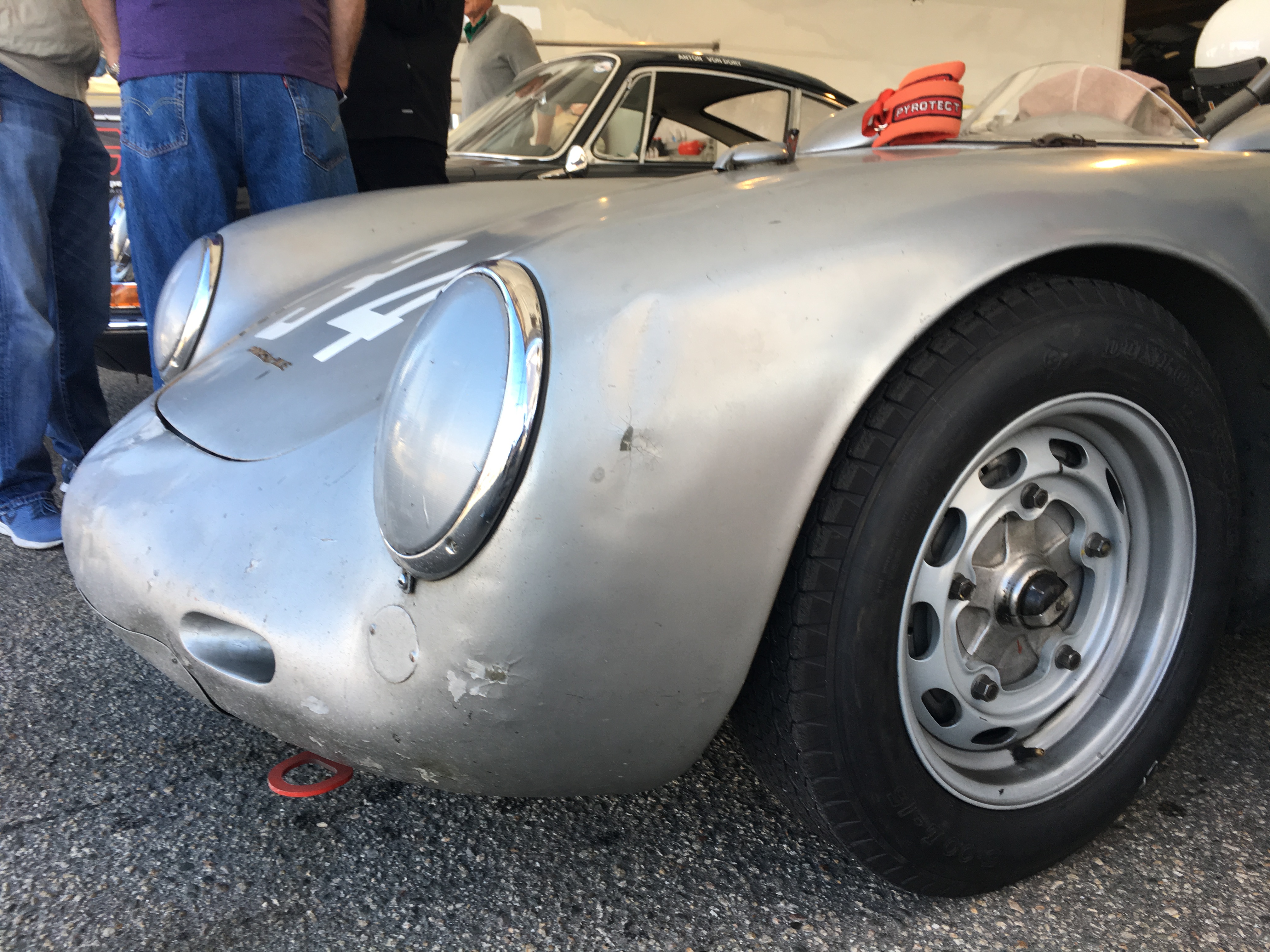 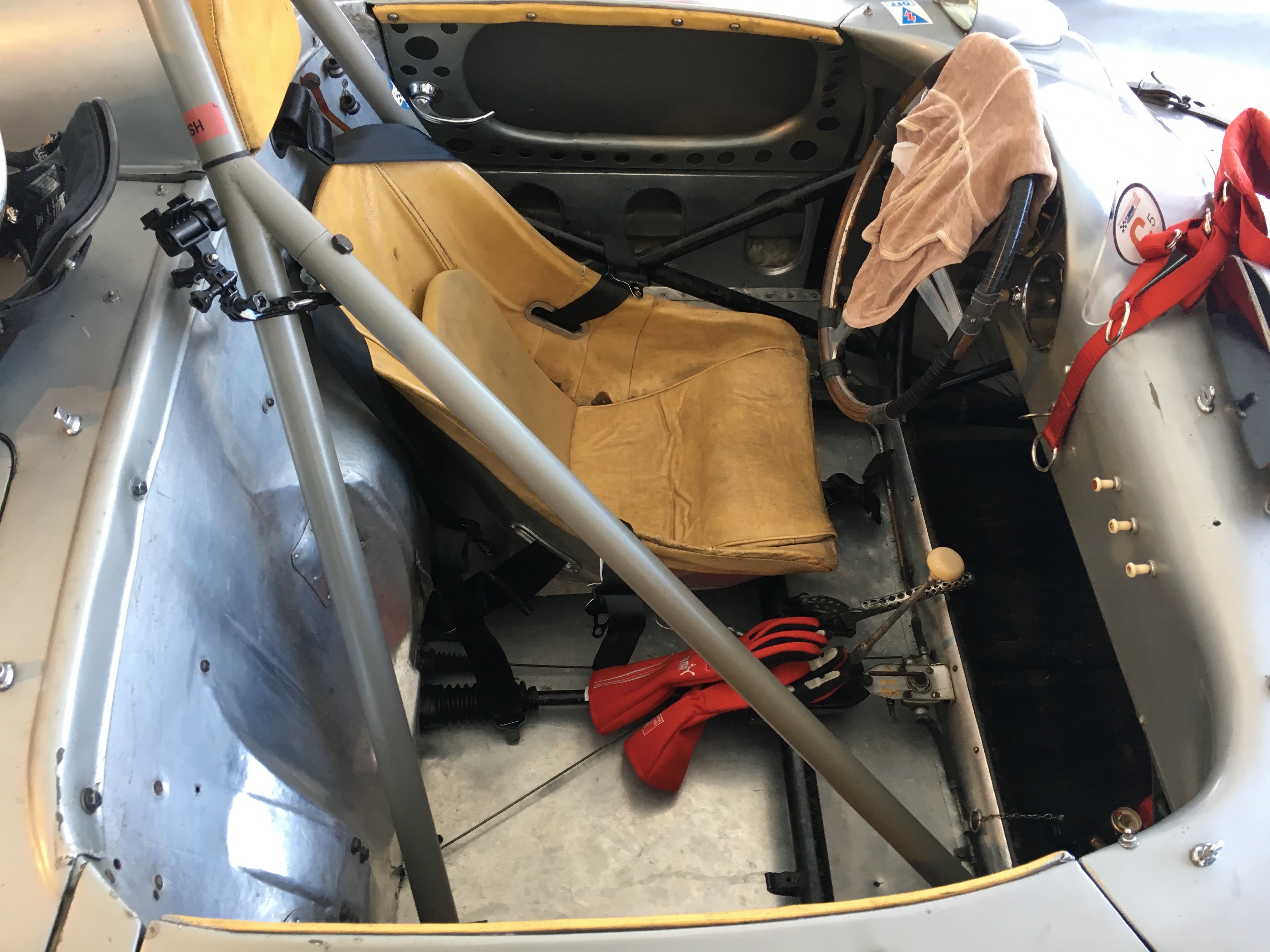 Now for a little backstory.
After what looks to have been an illustrative and exciting racing career, 0144 suffered a broken valve spring at Daytona in 1963. This spectacular example of a Porsche 550A Spyder yearned to race again.

0144 sat quietly for the next 48 years in a Midwestern garage, safely out of the elements. As time and life passed, owner Jim Watson had to put his racing passions on hold and focus on his partnership in a Porsche dealership and then eventually his own Porsche service garage.

In 1988, Jim decided to sell half of his interest in 0144 to longtime friend Tommy Trabue but with both men busy with life and business, 0144 was still on hold... 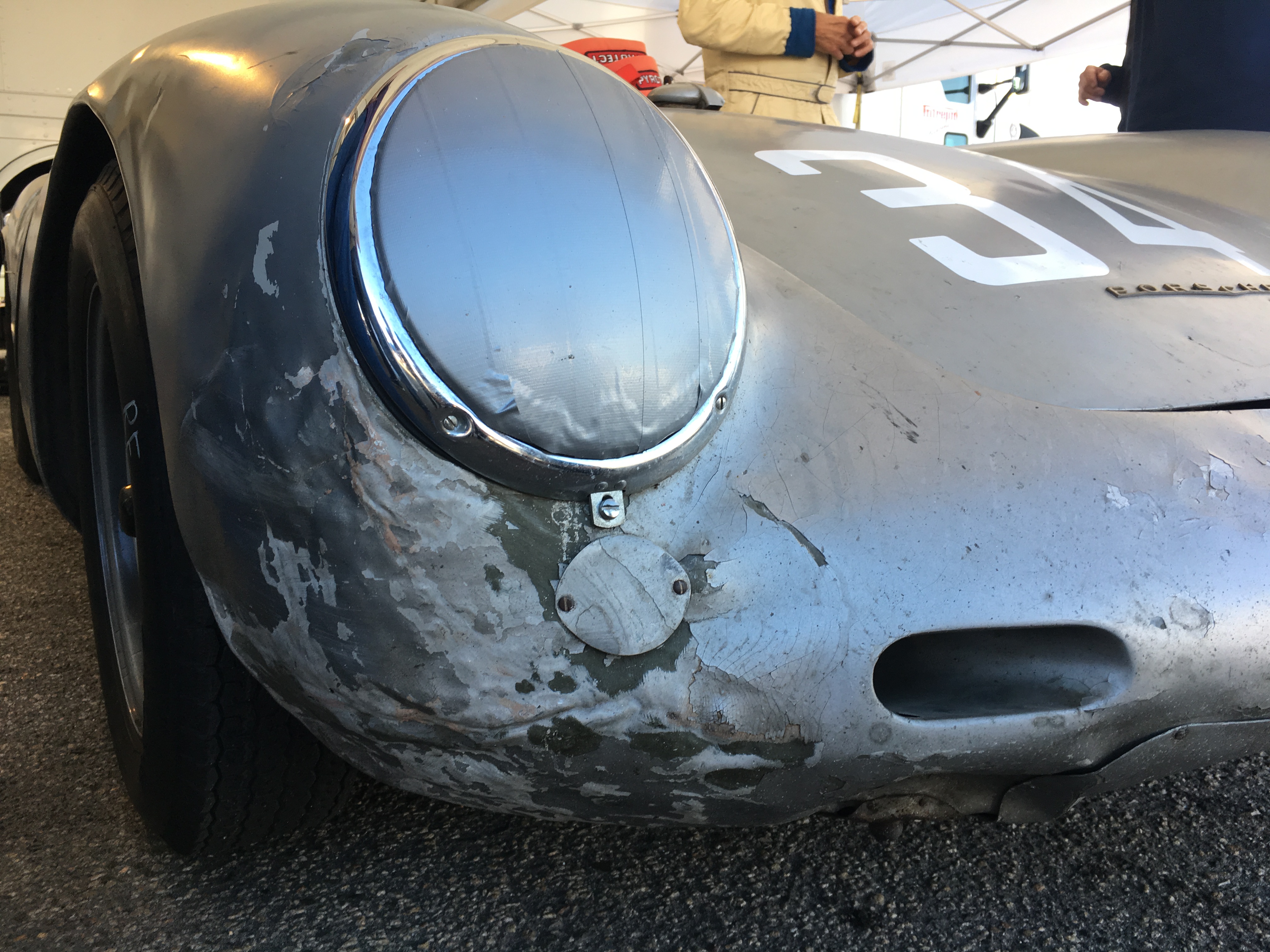 After much enthusiasm from friends, this racing thoroughbred's engine was brought back to life in preparation for the 2012 Monterey Motorsports Reunion. In 2014, Adrian Gang performed a complete engine rebuild and restoration.

With the help of Urs Gretener and his team at Gretener Prototype Engineering, 0144 was readied for the track. And what a sight that was to see this Porsche 550A racing relic rip around Laguna Seca during Rennsport Reunion VI, battle scars left in tact. This event just happened to coincide with Porsche's 70th Anniversary. What a fitting reunion. 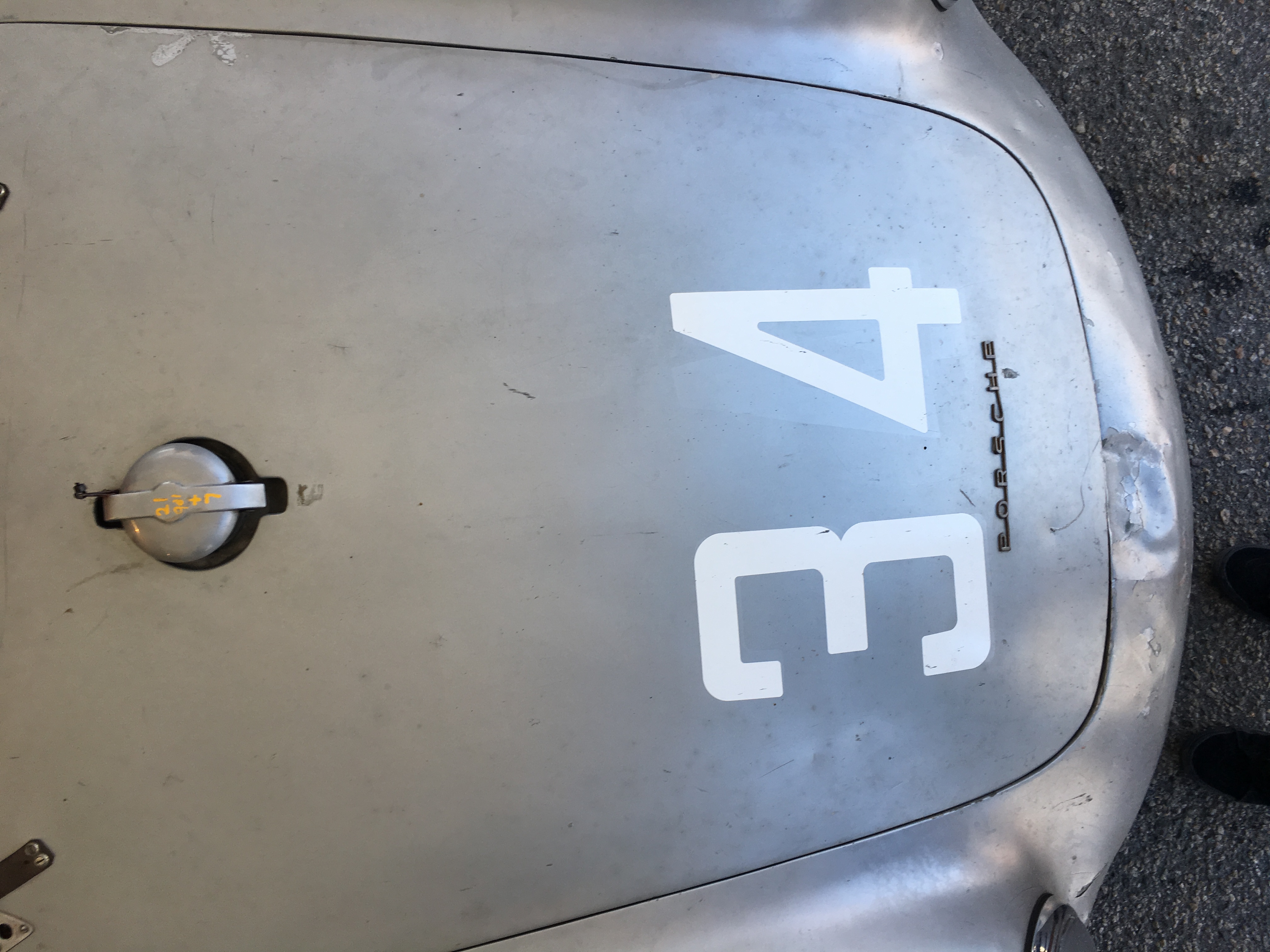 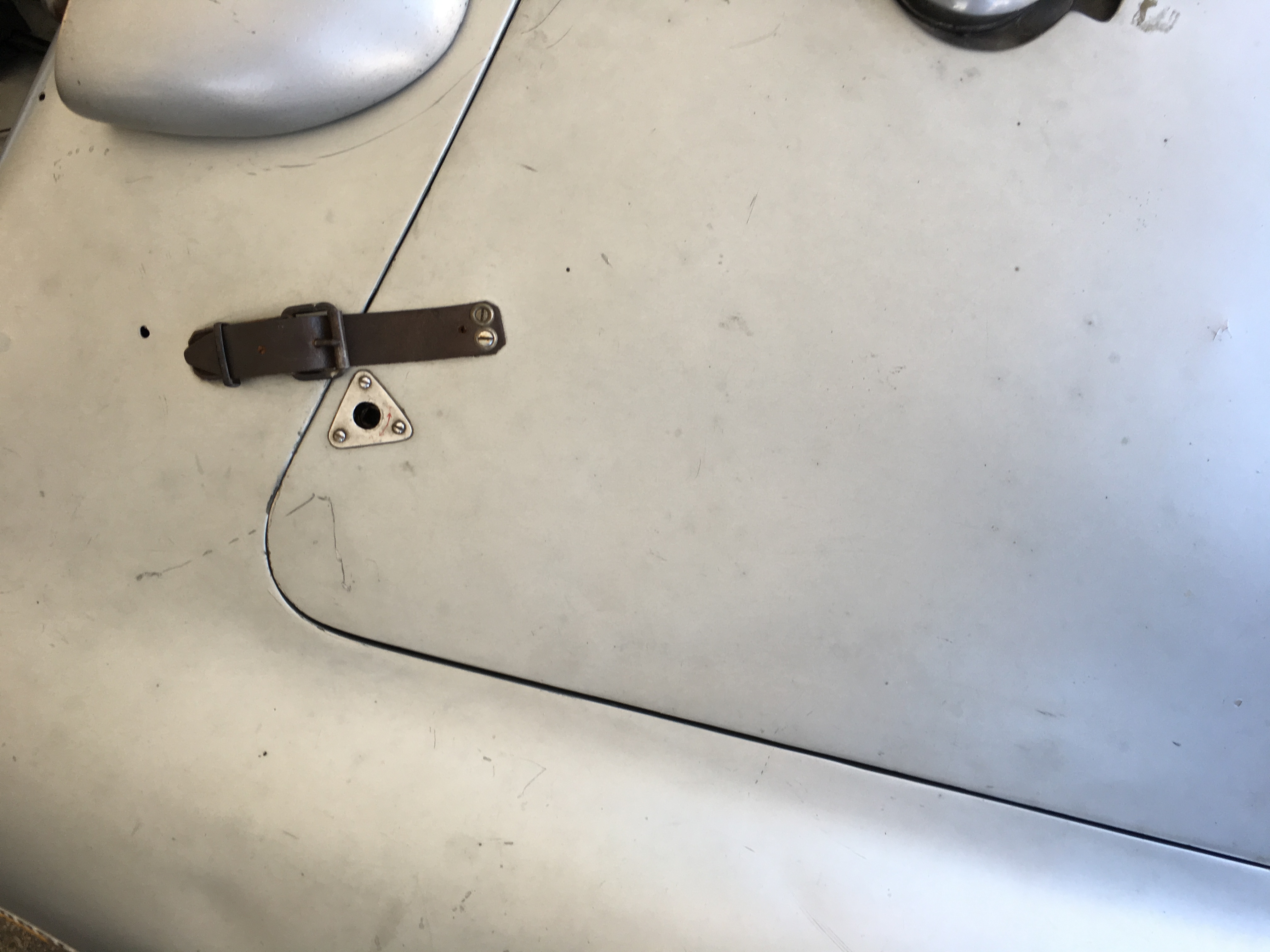 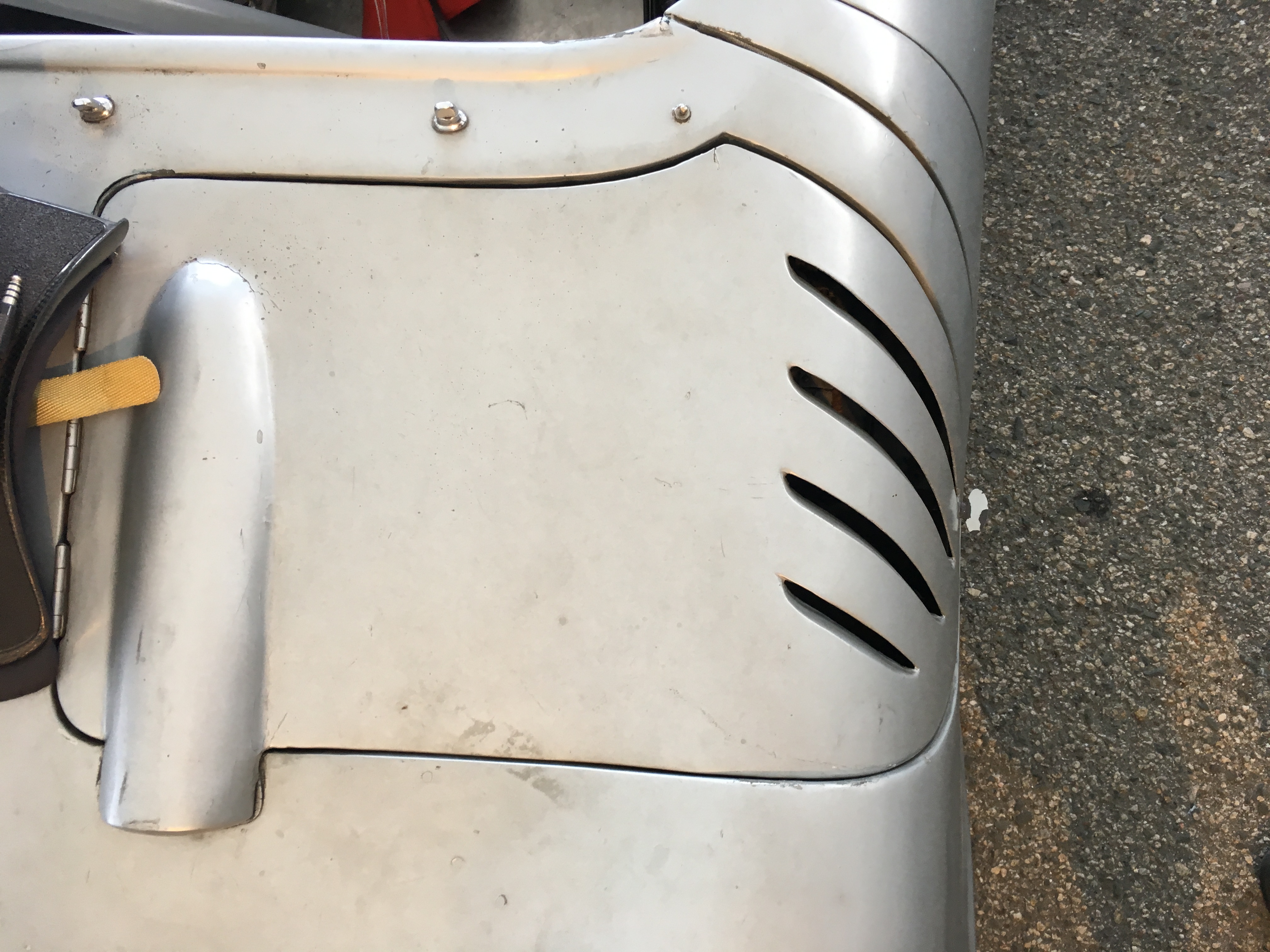